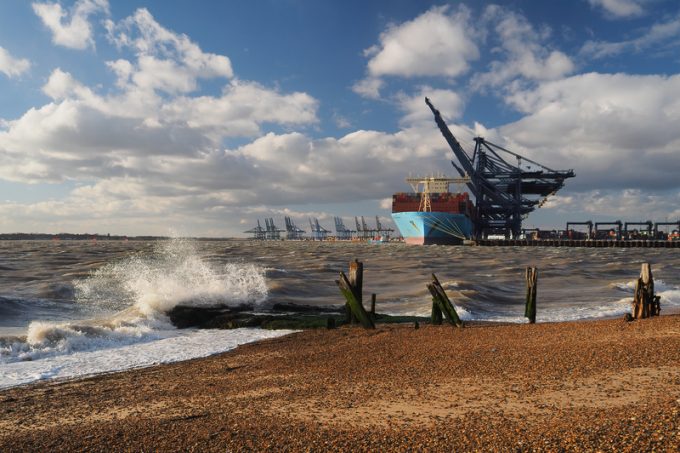 It was confirmed to The Loadstar this morning that the industry veteran will take over on 1 November on an interim basis, tasked with a ‘Red Adair’ role designed to “stop the rot” at the UK’s so-called “premier container port”.

Mr Lewis is currently a non-executive director at haulier Maritime Transport, which he is being asked to relinquish. He retired as rival DP World UK’s CEO in early 2019.

He joined DPW from Hutchison Ports UK as the MD of DP World Southampton in 2010.

Rumours of the appointment of the veteran port executive have been circulating at Felixstowe for a few days, and the prospect of the return of the highly regarded “good communicator” has been widely welcomed.

“Chris Lewis could turn up in a full clown suit and still do a better job than his predecessor,” claimed David Perfect, MD of Thurrock-based haulier Perfect Haulage.

Meanwhile, notwithstanding the actions of the port to improve its VBS product, as detailed in its advisory last Friday, the booking availability for slots remains in extremely short supply, according to numerous locally based reports that have come into The Loadstar.

One source told The Loadstar on Monday that there was “no improvement at all”.

“I would like to invite anyone to come and sit down at 16:00hrs every day and watch 20+ staff all trying to get as many morning VBS slots as possible for our 150 jobs going tomorrow….today we managed to secure a total of zero slots,” he said.

CMA CGM announced yesterday that it would apply a Felixstowe congestion surcharge of $150 per teu, with effect from 1 October and until further notice, for Felixstowe discharged containers.

The Loadstar understands that other carriers will follow suit with similar congestion surcharges in the coming days.

“The lines just want to dump their containers and get back to Asia to pick up another full load of high-paying freight, they have no interest at all in what happens on the landside, and in fact demand that the port services their ships at the expense of deliveries,” said one local forwarding source.

“In fact it’s a win-win for the liners as they are coining the quay rent and demurrage on the boxes stuck on the quay, the only time they want to get involved is when the port bans the restitution of empty equipment, which happened last week,” said the source.

The container lines are being accused of not passing on to their customers quay rent concessions negotiated with the port.

The PoF charges its carrier customers quay rent five to seven days after arrival of the vessel – but because hauliers cannot get VBS booking slots, some boxes are stuck on the quay well in excess of the free time.

The Loadstar understands that some of the biggest shipping line users of the port have demanded and negotiated an extension of the free time due to the VBS issues, but according to one local source these discounts are not always being passed on to the smaller importers.