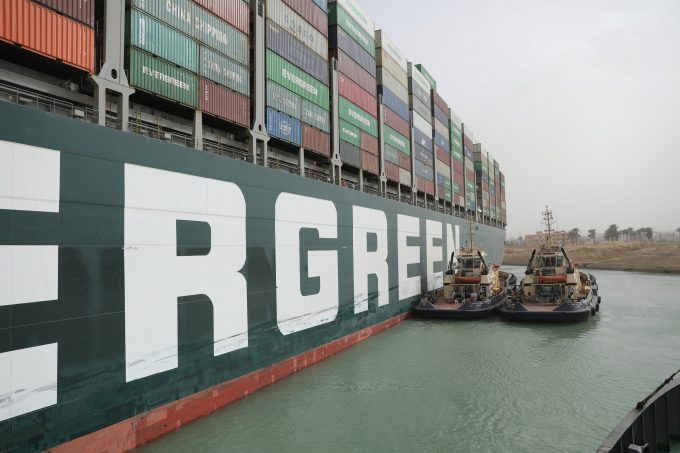 Taiwan’s Evergreen Marine Corporation has released details of the Ever Given’s scheduled port calls, following the vessel’s departure from the Suez Canal region on 7 July.

Ever Given is expected to arrive on its first port of call, Rotterdam’s Delta Terminal, on 28 July to discharge cargo, including transhipment boxes, before leaving for the port’s Euromax Terminal, where on 2 August it will discharge Hamburg-bound cargo for transhipment. All transhipment cargo will be loaded onto the Ever Utile at Rotterdam’s Euromax terminals.

A day later, the vessel will call at Felixstowe to discharge cargo for the UK.

Evergreen said the vessel’s Hamburg call would be omitted, in accordance with the ship’s seaworthiness certificate, which has also directed the vessel to sail at lower speeds. AIS shows the vessel is currently under way and is heading for the Gibraltar Straits.

Ever Given ran aground in March transiting the Suez Canal in convoy, blocking the waterway for six days. It was finally released by the Suez Canal Authority, which then reached a compensation agreement with its Japanese owner, Shoei Kisen Kaisha.

Evergreen has advised cargo owners that have not yet provided General Average security to make the payments, in order to avoid more unnecessary delays.