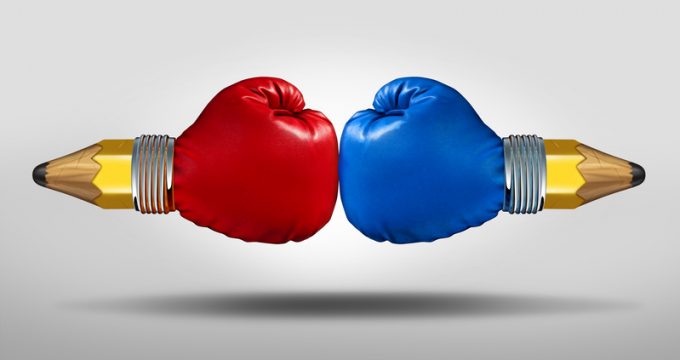 And while the logistics industry certainly has room to advance, the announcement also brought a familiar indignant response. The reality, of course, is more nuanced.

On the one hand, there’s no such thing as a tech company anymore. Every company, big or small, has made technology a central part of its offering. Sure, logistics start-ups launch with the advantage of more modern technology stacks. However, I’m not aware of one logistics provider that today relies solely on spreadsheets, faxes and phone calls.

So it’s no surprise that logistics professionals get indignant. Having someone point an accusing finger at your industry is frustrating, but completely writing off claims by these companies is a mistake, and a dangerous one at that.

What’s more, it’s a disservice to legacy companies that can play the innovation claims to their advantage.

At Freightos, we’re on the seam, functioning as a logistics start-up that works together with both legacy and tech freight forwarders. Beyond making it easier to identify with both sides, it also makes it clearer how much there is to gain by not simply pooh-poohing tech claims.

Credit where credit is due

In many cases, logistics start-ups are either founded or staffed by industry professionals. Beacon, for example, was founded by ex-Amazon supply chain folk, and Amazon has earned a position as a leading global logistics company. It gets logistics, and still found room to improve.

The investors aren’t blind either. Claims that venture capital firms throw money at logistics start-ups while lacking industry knowledge is also misplaced. VCs have so much money to throw around for a reason. This isn’t their first time around the block and, especially with larger rounds, VCs perform fairly thorough due diligence. If that’s not convincing enough, the fact that the enterprise logistics providers themselves invest in start-ups, like Maersk’s investment in Forto, should be a strong indicator that logistics start-ups are a critical component of the industry’s future.

But beyond the staff and the funding, the most important reason to listen up is that customers are interested in the new offerings. They register for these services. They use them. Something resonates.

Statements like the one below from the Beacon funding release are what tick people off:

“With digitalisation accelerating globally as a result of Covid-19, we believe the future of the traditional freight forwarder is more precarious than ever.”

It is right, with one small correction.

Traditional forwarders which fail to adapt are doomed. Technology eventually eats everything. A provider espousing business as usual in the face of these changes will not face business as usual for many more years. So the question remains: how can traditional providers evolve faster than their newly launched start-up counterparts?

So what’s left for legacy companies to do? First, do not write off new competitors. Ask Kodak, Blockbuster and Blackberry how that approach went.

Instead, let the challengers pay the price to learn the lessons. See what they do, recognise that in some cases, starting from scratch means that they may be able to do something fundamentally better, and learn from it. Here are two specific areas where I think that this rings true:

Today’s platforms are cut from a different cloth than 20 years ago, answering the new baseline expectations of customer service. While this sometimes requires human engagement, in many cases that is seen as a disadvantage. I’ve personally seen incredible technology at existing logistics providers. But, crucially, they use it to empower customer support teams, not customers. Laugh all you want about flashy technology, but it’s not a detail; it’s a paradigm shift.

Challengers are investing heavily in finding what works and what doesn’t. Some of the world’s largest legacy providers have also launched new platforms with the same guiding principle. I’m happy to bet money that every single one of them at least researched their challengers’ product screenshots before going live. In fact, for a brief stint, one of our most active users was someone at one of the world’s largest logistics providers, researching our tactics. And I respect them for it. Let challengers do the work; legacy providers can benefit from the insights.

With every search, Google expands its competitive edge, improving the accuracy of results. With every purchase, Amazon gains valuable insights into feature preferences, price point tolerance, and more. Logistics tech companies launch with this in mind, waiting to take data, extract patterns and turn it into their customers’ (and their own) advantage.

With their mountains of accumulated data, legacy providers can beat challengers at their own game. One example of this is Kuehne + Nagel, which used the massive amounts of data at its disposal to launch guaranteed lead time for FCL shipments.

Of course, observing tactics isn’t the only way to capitalise on the tech renaissance. Savvy logistics providers look at these companies as a pipeline of innovation, while letting the tech company assume the risk. There are two ways this typically happens:

Legacy providers were once hesitant to partner with logistics tech start-ups, collaborating instead with legacy software providers. Thankfully, this approach seems to have dwindled. With so many start-ups out there, partnering has become a low-cost way to either validate an idea before building it in-house or as a method to find lower-cost external solutions – same great customer experience at a much lower price tag.

Another model that has been gathering steam is investing in or simply acquiring start-ups. This is by no means new. In early 2015, CH Robinson announced the massive acquisition of Freightquote.com. More recently, Fleet was acquired by Expeditors. This doesn’t even require head-on acquisitions – more and more providers are investing in smaller start-ups, leveraging their position to support them while inversely benefiting from technology streaming.

While it can be frustrating to hear a newcomer talk about how badly an industry is in need of change, a more constructive approach might be to turn those forces of change into advantages.

No company has a monopoly on innovation. Similarly, no company should ignore innovation, wherever it comes from, and refrain from turning it to their favour.

Eytan Buchman is the chief marketing officer at the Freightos Group, which includes the freightos.com digital freight marketplace, the WebCargo pricing and eBooking platform and data tools like the Freightos Baltic Index.

In a wide-ranging interview between JOC editor Peter Tirschwell and Maersk’s ocean and logistics chief ...