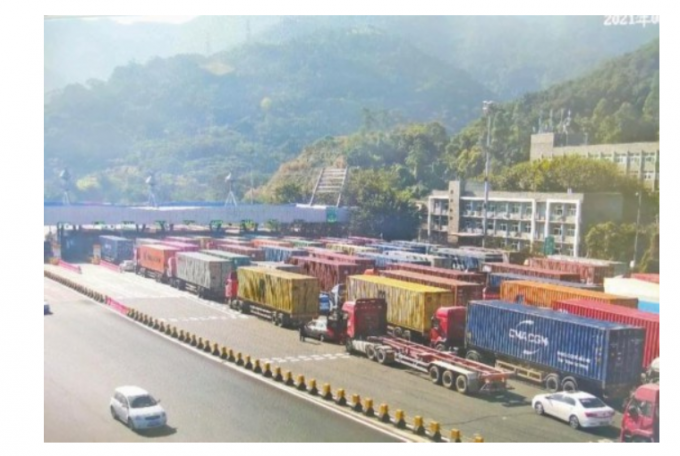 Severe congestion has hit roads leading to the southern Chinese container gateway of Yantian, as exporters desperately try to clear a backlog of orders before the new year holiday begins at the end of the week.

And it appears forwarders and shippers trying to get shipments out of the Pearl River Delta could find themselves caught in classic Catch-22 situation after the port announced it was bringing forward the cut-off time for gating-in export containers.

Yantian now requires a week, instead of just two days, prior to the sailing of the vessel as the port attempts to clear congestion in the yards and entry roads.

“So, for a 17 February departure, you have to gate-in by 10 February,” said Akhil Nair, vice president of global carrier management & ocean strategy at SEKO Logistics. “However, with equipment as tight as it is, a lot of carriers are releasing equipment as they come in from positioning moves.

“This means that if ships are delayed in berthing etc, then we, at times, are seeing  equipment interchange receipts being printed a day before, or even day of, the shipping line cut-off, which is four days prior to departure.

“So if you don’t get a container till days prior and the terminal now won’t let you gate–in until seven days prior, there is no way to get on the ship.

“This, of course, only applies for this week to Yantian specifically,” he added.

But the cargo flows continue – such is the pent-up demand for goods from the Pearl River Delta factories that many, particularly in the electronics sector, have opted to continue production through the holiday to clear the backlog of orders.

“The factories are still producing but are running out of room to store the goods,” Mr Nair added.

And this, in combination with Covid restrictions, is also putting also enormous pressure on the country’s trucking capacity.

“Most drivers transporting containers from inland to the ports will face three levels of Covid testing when they cross province borders, and this has resulted in the fear that domestic travel will be locked down once more, and lead to a large exodus of drivers from work to their homes so they don’t get trapped by lockdown rules,” Mr Nair explained.

Similar concerns – giving staff time to quarantine themselves before returning home for CNY – led Pearl River Delta feeder and barge operators to suspend services from production sites in the upper delta to the ports of Yantian, Hong Kong and Nansha until after the holiday, and in some cases until the end of the month.

“With the entire region now being forced to truck everything to Yantian,there will be a big impact next week,” added Mr Nair.

Today Yantian port also notified the trade that it had stopped accepting heavy containers for export for the next week – although quite what trucks carrying heavy containers and currently waiting in the long queues to the port are supposed to do is anyone’s guess, other than gratefully accept food parcels handed out by local Shenzhen volunteers and police (photos courtesy of Fenny Min). 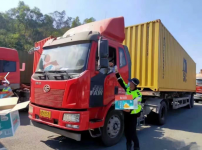