News / CMA CGM and Cosco are most likely takers for OOCL, say analysts 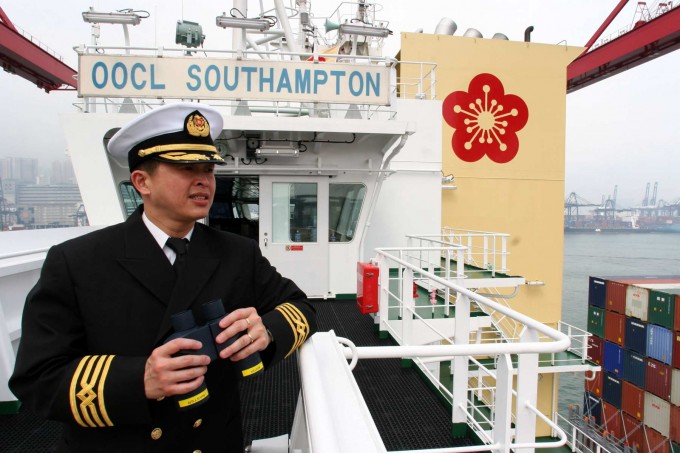 CMA CGM and China Cosco are the two most likely carriers to buy OOCL, should its main shareholders decide to sell the company, according to Drewry Financial Research Services (DFRS).

“CMA CGM is the likely candidate in our view: We believe both CMA CGM and Cosco Shipping are capable of bidding for OOIL but we are more inclined to believe that CMA CGM is in a better position to acquire OOIL, if it were to be sold or merged.

“Could OOIL be the final piece for CMA CGM after NOL? Before NOL was bought by CMA CGM, most analysts and investors have for years maintained the view that OOIL and NOL are best suited for a merger in the industry given their similar size, international work cultures and significant synergies. There were numerous rumours, and [OOIL] chairman CC Tung had commented on the possibility of a merger with NOL,” DFRS said in a research note yesterday.

A CMA CGM spokesman told The Loadstar: “CMA CGM notes the recent media speculation. As a matter of company policy, we do not comment on rumours or speculation.”

Much will depend on whether Mr Tung, who continues to hold a controlling 68% stake in the firm, decides to sell the company that he has so assiduously navigated through both good times and bad, and as The Loadstar explained last month, this has given the company considerable breathing space in which to choose the right deal.

As DFRS pointed out, in previous interviews he has certainly not ruled out the possibility of merging with another line – in April 2015 he thought it most likely to be one of OOCL’s G6 alliance partners.

However, DFRS argued that none of its current partners are in a position currently to embark on such a course, while in April it will transfer to the new Ocean Alliance and begin operations with a new set of partners.

“None of its current G6 partners – NOL, Hapag-Lloyd, HMM, NYK and MOL – fit the bill to acquire OOIL due to reasons ranging from stressed financial health, recent acquisitions (as in the case of Hapag-Lloyd) and ongoing mergers, among other things.

“Its new members from Ocean alliance, which is going to commence operations from April 2017, are worth considering in our view. Ocean alliance members include CMA CGM, Evergreen Marine and Cosco Shipping,” it said.

DFRS argued that CMA CGM remains in the best position to scoop up OOCL after it strengthened its cash position following new finance “through a freight securitization programme and from 11 vessels via seven-year operating leases” which has given it another $140m in cash, while its liquidity is now around $1.8bn – although that includes an “anticipated $1bn cash injection following NOL terminal business sale, which CMA CGM is already out for a buyer. It also includes the excess debt proceeds and the impact of deferral of $1bn of short-term debt”.

It also suggested that rather than the takeover route that CMA CGM routinely chooses for its consolidation activity, it might use the opportunity of a tie-up with OOCL to push through an initial public offering.

“CMA CGM could select any one of the three options including merger, reverse merger or outright purchase of OOIL, but the most likely outcome in our view is a merger, with OOIL shareholders to be given shares in the new combined entity. OOIL’s acquisition could also provide CMA CGM with a listing on the Hong Kong bourse and fulfil its long-standing ambition to be a listed company,” DFRS said.