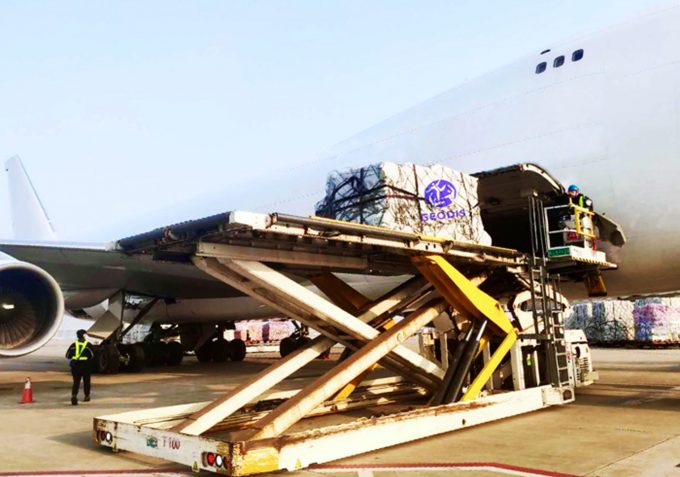 Forwarders have had to “rewrite the book on air freight” with an ever-increasing number of long-term charters, changing processes for both forwarders and airlines.

“The second quarter led to a rethink of everything we were doing,” said Björn Eckbauer, global head of operations & procurement at DB Schenker, at the World Cargo Summit yesterday.

A slower third quarter and early peak season – combined with a “collapse” at major airports such as Frankfurt and Chicago O’Hare – added to the changed nature of the market.

“A big [number] of blocked space agreements disappeared overnight, the capacity was no longer there. The complete air freight system changed,” he said.

“There was an expectation from big forwarders, unable to get the right capacity at the right prices. So forwarder-controlled networks were extended and extended from quarter to quarter.

“In the last month of 2020, there were lots of discussions and negotiations. This led to a stronger cooperation with a smaller number of carriers than before. We still have our preferred carriers, but lots can’t give us the capacity we need.”

DB Schenker is using seven different carriers for its own controlled network, which is expected to grow from the current 43 flights a week. About half of those are full charters, he said.

He added that the RFQ season had “not really started”.

His comments came as Geodis – again – announced an addition to its chartered air network, AirDirect: a weekly flight from Shanghai to Guadalajara, starting 3 March and continuing until “at least the end of 2022”. The service complements its Hong Kong-Guadalajara service, also set to operate until 2022.

“We believe a freight partner controlling the transport service network, including flight operations, is a vital asset to Asian exporters,” said Onno Boots, regional president and CEO for Asia Pacific.

“This latest extension to AirDirect is part of an own controlled network that provides seamless control over shipments within our multimodal network throughout Asia.”

“It’s becoming a more and more important part of our offering,” said CEO Bob Biesterfeld in an earnings call yesterday.

“There really hasn’t been much indication of adding meaningful capacity outside of charters in the foreseeable future and, as we see additional lockdowns occurring in different countries, we’re hearing more and more that it is becoming difficult to staff some of these flights.

“We’re expecting space will remain tight and demand strong with the vaccine rollout, supporting products, PPE and so on, along with continued low inventory levels. So available capacity is likely to continue to be an issue until passenger flights really start coming back to more normal levels.”

CH Robinson noted in its results that its use of charters had led to an increase in shipment size, and a decrease in number of air freighted shipments.

Mr Eckbauer said DB Schenker was focusing on alternative hubs, following a year in which some major airports became “overwhelmed with cargo”.

“We have tried to link our hubs using alternative airports, such as Munich and Chicago Rockford,” he said. “O’Hare is just a big parking lot.”

One senior airline executive at a major carrier told The Loadstar the “charter market is super tight”.

“People are trying to secure as much capacity as they can, and we have a huge charter programme. It used to be all about one-offs, but now we are calling them recurring or permanent charters. Customers are predicting strong needs.”