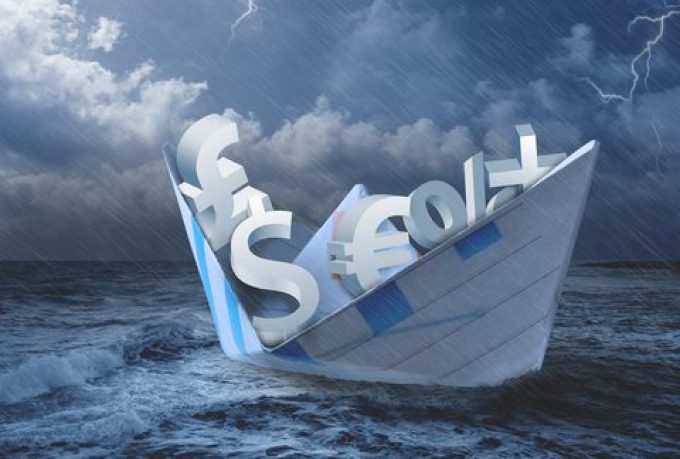 Ocean carriers are said to be in “panic mode” as bookings from China to North Europe and the US west coast tank, causing FAK rates to plunge to new depths.

Despite aggressive blanking that has reduced weekly capacity on the tradelanes by more than a third, the lines have failed to slow the precipitous fall in short-term rates and, are arguably fuelling the fire by offering sub-economic spot rates via their digital platforms.

For example, rates from Shanghai, Tianjin and Shenzhen to the Le Havre-Hamburg range of container hubs in North Europe, of $1,000 per 20ft and $1,800 per 40ft are now widely available for prompt shipment.

And some carriers are said to be prepared to reduce rates further for volume, and relax or even waive demurrage and detention conditions.

The speed of the rate erosion on the Asia-North Europe tradelane is making a mockery of the spot market indices, which have been unable to keep pace; for instance, the lowest reading this week is Drewry’s WCI, which recorded a 14% decline, to $2,687 per 40ft, for its North Europe component.

“The westbound market seems like it’s in panic,” a UK-based forwarding executive told The Loadstar this week.

“I am getting approximately 10 emails a day from random agents offering very low rates. Today, I had $1,800 into Southampton, which is crazy; it seems to be panic,” he said. “There hasn’t been a Christmas rush on westbound and I put that down to the recession. As a country, we are not buying like we used to during the pandemic.”

He said he was hearing that carriers were blanking sailings right up to Chinese New Year, which falls on 21 January, to drive up rates, but, he added, “personally, I don’t think that the volume is there”.

He continued: “This is all reflected in the number of hauliers contacting us asking for work – again, emails every day saying they have capacity from all ports.”

Meanwhile, on the transpacific, short-term rates from China to the US west coast are sinking to sub-economic levels, dragging down long-term rates as carriers are forced to offer customers temporary reductions on contract rates.

Indeed, Israeli carrier Zim told The Loadstar this week it had been obliged to agree pricing reductions with transpacific contracted customers to protect its business.

“The demand and volume was not there, so we had to deal with a new reality and engage with our customers,” said CFO Xavier Destriau.

According to the latest reading of Xeneta’s XSI spot index, its US west coast component was flat this week, at $1,941 per 40ft, having declined by 20% so far this month, while east coast rates were down 6% on the week, according to Drewry’s WCI, at $5,045 per 40ft.

The one bright spot for carriers remains the transatlantic, where lines continue to enjoy short-term rates of between $6,500 and $7,600 per 40ft from North Europe to the US east coast, according to the spot rate indices.

However, the outlier tradelane is showing signs of succumbing to the general rate demise, as port congestion unwinds on the US east coast, the port of Liverpool resumes normal working after industrial action and, not least, that carriers are deploying more capacity.