News / Atlas Air shareholders could lose out in one-sided aircraft deal with Amazon, while Atlas executives could win big payout 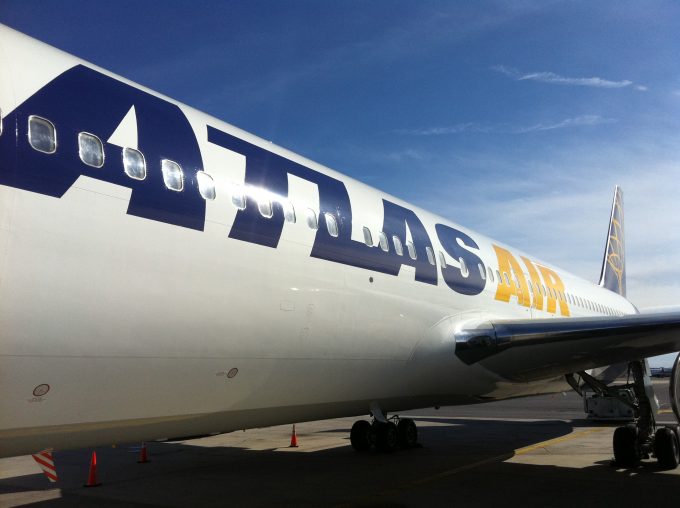 It has been revealed that Amazon has the right to cancel the aircraft CMI deal agreed with Atlas Air at just 180 days’ notice, in terms that will surely be questioned by investors at next week’s earnings call.

And on September 20, Atlas shareholders will be forced to decide between potentially paying their company executives significant bonuses, or face a potential $9.5m cancellation fee to Amazon, when they are asked to approve the Amazon share issuance.

Details of Atlas Air’s deal with Amazon emerged in a filing submitted to the SEC late on Friday, traditionally a good time to bury news. It shows that Atlas has agreed a far riskier deal than had previously been outlined.

Under the terms of the agreement, Amazon appears to be holding all the cards. Amazon has the right to dry-lease 20 B767Fs from Atlas subsidiary Titan and receive aircraft operation (CMI) services from Atlas, but the internet giant may cancel the CMI deal with just 180 days’ notice merely for the sake of “convenience”, which can be implemented from January 1, 2018.

The short cancellation notice gives Amazon significant leverage over Atlas throughout the term of a deal which is expected to require investment by Atlas Air of more than $500m for aircraft alone – an estimated cost of about $25m per aircraft.

In an earlier filing, Atlas suggested its estimated payment for flight equipment purchases in 2016 would range between $140m and $160m. The first 767F is expected to come into service for Amazon in the third quarter of this year.

If it cancels the CMI portion, Amazon must pay an unspecified fee and continue to dry-lease any aircraft it has already leased.

Another key term is that Amazon can exercise its warrants to acquire shares of Atlas Air without having to invest any cash, by forfeiting a portion of the warrants based on an increase in the value of the stock. So shareholders stand to suffer dilution by Amazon without receiving any cash.

And the terms of the deal also work out well for Atlas’s management.

Shareholders will be asked in September to agree the issuance of common stock, whereby Amazon can take a 30% shareholding in Atlas Air Worldwide Holdings (AAWW). But doing so would trigger a “change in control” of the company.

It would give Atlas’s executive officers the right, under their contracts, to take all their long-term incentive awards at the maximum amount. According to the filing, for the five most senior executives, the pay-out could be between $5m and $10m each, if their roles are changed at the company and they decide to leave or their contracts are terminated. Otherwise, the top executives, excluding CEO Bill Flynn, could gain between $165,000 and $260,000 each.

It was part of a long-term incentive plan designed to help retain management. But if shareholders approve the Amazon deal, there would be less incentive for those officers to remain at a time when they are most needed, as Atlas will be under severe pressure to source, finance and finally operate a large new fleet – an enormous undertaking.

However, if Atlas’s shareholders vote against the proposals, Amazon has the right to cancel the agreements and receive a “break-up fee” of $9.5m.

Given Amazon’s apparent appetite for aircraft, it seems unlikely that it would cancel. In that event, Atlas must ask shareholders again to approve the restricted share issuance at the following meeting.

Even it it cancels the CMI portion, Amazon would still have the right to force Atlas to source, finance and dry-lease the aircraft on the agreed delivery schedule and at the agreed lease rates – but without the benefit of the CMI revenues.

According to a May filing, Atlas Air executives have already received a special bonus this year for completing a transaction with Southern, although the amount is currently not public.

But shareholders do appear to have a way out. The initial warrants were granted to Amazon on May 4 this year, and the “change of control” pay-out is only triggered if the right to acquire 30% of the shares happens within 12 months.

So shareholders could avoid the executive pay-out if they decide to vote in favour of the deal at a shareholder meeting after May 4, 2017.

ATSG announced a similar transaction with Amazon this year, but agreed to give Amazon just a 19.9% equity share. If Atlas Air management had decided Amazon could take a 29.9% stake, the executive payout clause would not have been triggered.

The agreement with Amazon is for the operation of 20 B767-300 converted freighters on a CMI basis and dry-leasing. The leases will have a term of 10 years, while the CMI operations will be for seven years (with an extension option by Amazon to 10 years).

Operations are expected to begin in Q3 this year and ramp up to full service through 2018.