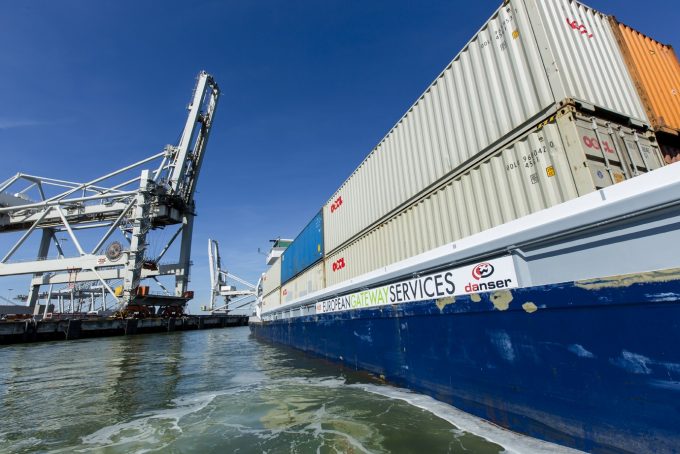 Carriers are knocking on the doors of shippers, offering discounted rates for December sailings from China to Europe, as bookings begin to tail off.

However, there is no evidence of a market crash, and rates are likely to gain a new head of steam in January ahead of the Chinese New Year holiday, which falls on 1 February.

According to the Ningbo Containerized Freight Index (NCFI) commentary, spot rates continued to soften this week, albeit from highly elevated levels.

“There was a surplus of space on the European and Mediterranean routes,” said the NCFI. “Carriers have strengthened their marketing efforts and spot rates have continued to fall.”

Indeed, The Loadstar has received several unsolicited space and rate ‘offers’ this week from Chinese-based forwarders, with prices down to $13,000 per 40ft for mid-December shipment from Yantian to Felixstowe.

Rates were also shown for Rotterdam, and it appears UK prices are now back on a level with the Dutch hub.

Moreover, the prices are all ‘guaranteed’, in terms of equipment and space, on nominated Ocean and 2M alliance sailings, and are all inclusive with premium fees no longer being charged on the route.

And the indices reflected a weakening in the market this week, with Drewry’s World Container Index (WCI) North Europe component down 3%, to $13,400 per 40ft, while the Freightos Baltic Index (FBX) held steady at $14,219 per 40ft.

Elsewhere, on the gummed-up transpacific trade, the NCFI reported demand had “rebounded slightly.

“Shipping capacity on the routes was still limited, which promoted a slight increase in market rates,” said the commentary.

Continued berthing delays at Los Angeles and Long Beach have seen the queue of vessels waiting to berth tip back to more than 80 this week, and has significantly reduced the appetite of carriers for deploying extra loaders.

Additionally, the recent spate of chartering by major retailers has lost momentum, as the non-regular calls are being pushed to the back of the queue and, in some cases, obliged to wait at anchor in the San Pedro Bay area for up to two months in order to get worked.

As a result, Asia-US carriers have a limited amount of space to offer on the spot market, which is underpinning rates, with a few increases now being noted.

Since March, rates on the transatlantic have spiked by over 280% and, similar to the major routes, show no signs of falling back.

In fact, according to analysis this week by Sea-Intelligence, and using history as a guide, it said significant rate reductions across liner trades could take almost three years.