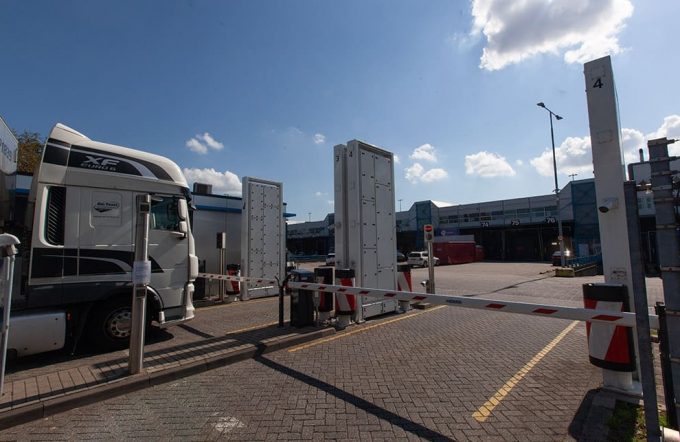 Airport stakeholders have turned to AI technology to relieve the serious congestion that has plagued western European hubs for much of the past year.

At Schiphol, handlers Dnata and Menzies World Cargo have announced their participation in a ‘collaborative decision-making (CDM) system pilot’ from Cargohub, which aims to integrate landside operation processes between road feeders (RFS), handlers and forwarders.

Cargohub MD Raoul Paul told The Loadstar the system’s ability to learn would make it more than simply “digitised paper”.

“That would be equally time consuming; it would just be logged on a computer rather than paper. What our system does is capture and collate data from all stakeholders – truckers, handlers, forwarders, and airlines – to better schedule landside operations,” said Mr Paul.

“It is an intuitive system that can learn and adapt to the needs of the airport in which it is operating, which is vital for truly achieving digital transformation.”

In February, The Loadstar reported that Dnata’s volumes at Schiphol were up 40% on 2020, and freighter ramp activity had surged 113%, leaving the handler struggling to cope, with one carrier suggesting the facility was “imploding” amid chaos.

Regional chief executive of Dnata Europe Ross Marino called on forwarders to collect their goods in the evenings or weekends to help alleviate the congestion.

He told The Loadstar: “In Amsterdam, there is a tendency to leave freight in transit sheds over the weekend, and then we have a massive rush on Mondays. It would really help us massively if they collected at other times. Transit sheds are not storage facilities.”

While Mr Paul said the Transport CDM system would cover transit, import pick-up, export delivery and ULD flow, the pilot’s initial focus would be on communicating pick-ups to RFS rather than forwarders.

Through planning more efficient trucking itineraries through the RFS and the loading and unloading stations, he said “unnecessary paperwork would be eliminated”, time would be saved and emissions from waiting vehicles would be cut.

“Trucking companies, handling companies and airlines operating within Europe, are invited to sign up to the CDM platform to contribute to and benefit from immediate transparency and predictability for all air cargo trucking movements between stakeholder,” said Mr Paul.

Cargohub’s aim is to roll out the import pick-up and export delivery, before adding its ULD flow system, designed to improve efficiencies surrounding ULD utilisation and return.

Mr Paul noted that the company had avoided a “big bang” system implementation, with each element allowed time to collate data and learn the user’s airport processes before it is organised.

“Ours is an intuitive system, but if we roll it out too soon it will have insufficient data to be effective,” he explained. “Also, there is the user to consider; we do not want to overwhelm them with a new process for all areas of the airport.

“We would rather they got used to it in stages, but forwarders are definitely a part of this.”

DHL Global Forwarding has reported a 56% boost in online bookings and sales since the ...

IATA’s ‘ONE Record’ initiative, which provides a standard for data sharing and creates a single record ...

DB Schenker Digital revolution On the merry-go-round
May 7, 2021• 0 Comments• Share