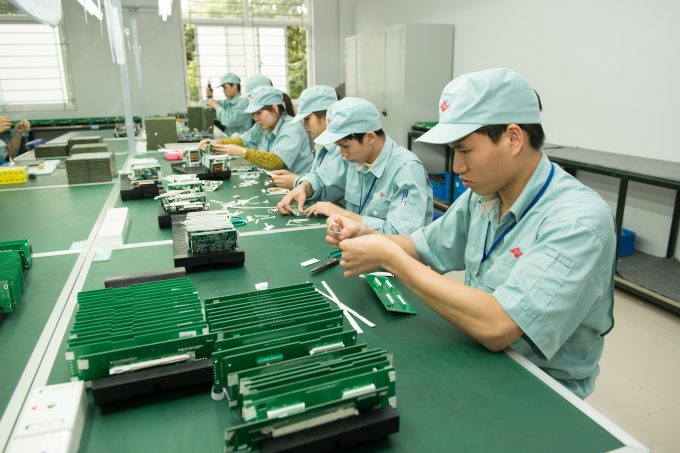 The failure of the US and China to agree on trade at the weekend makes further tariffs on Chinese goods to the US seem increasingly likely.

But while most economists agree that trade wars are ineffective and harmful, some players in the logistics industry are seeing opportunities – mostly in air freight, which typically benefits from chaos and change.

The likelihood of 25% tariffs on a wide range of goods has seen the ocean freight industry surprisingly busy in the past couple of weeks, as exporters look to move goods to beat the 1 January deadline.

But ultimately, shippers and logistics service providers are looking to new manufacturing possibilities – and therefore supply chains – in South-east Asia.

Large numbers of US companies are talking of shifting manufacter. Robert Rucker, CEO of The Tile Shop, said in an October earnings call: “With the Chinese tariffs, we are looking at moving. And right now: we’re at roughly 50% of our product coming out of Asia, my goal is to get that closer to 25% or even lower, and the potential for doing that right now is very good. We’re not waiting.”

James Simms, CFO of Vicor Corp, said in his earnings call: “The cost, going forward, may not be inconsequential, given the volume of components currently sourced from China. We are seeking non-Chinese alternate vendors.”

And Todd Bluedorn, CEO of Lennox International: “I’m not sure the Chinese tariffs are going to be short term. And so we’re taking action to sort of avoid the tariffs by moving to South-east Asia and other low-cost countries that can meet our requirements.”

It will take a while for companies to build new supply chains, and in the meantime carriers are already benefiting.

“It is the peak for China to the US, but it’s compounded by tariffs,” said Robert van de Weg, vice president sales and marketing for Volga-Dnepr Group. “There is a build up.

“A lot of this inventory was supposed to go by ship, but it’s going by air to be on time.

“If tariffs have a general effect on the economy and trade flows, there will be some change before it settles down into the new equilibrium.”

The question for carriers will be when to add capacity – and to where.

“South-east Asia could see new trade flows, Cambodia, Malaysia, Vietnam, Indonesia and Bangladesh,” said Mr van de Weg. “There will be more opportunities out of South-east Asia and a degree of chaos, as the supply chains won’t be ready. Plus, factories will have to move. However, I don’t believe the change will be sharp and sudden.”

AirbridgeCargo (ABC) is the V-D group’s Asia specialist and is currently looking at developing its South-east Asian network.

Mr van de Weg added: “Bangladesh is interesting. We have made progress on ACC3 certification there. We also think Indonesia and Thailand have potential. There is more and more infrastructure and more overland networks with Cambodia and Vietnam, and there is also a strong import market.”

Air freighter volumes appear to be rising in the region, with Thailand seeing international volumes this year above the market average growth, at more than 6%.

Cambodia’s Phnom Penh saw 24% growth, year on year, in cargo volumes in September. The Vietnamese civil aviation authority is forecasting 18% growth annually in freight volumes each year up to 2020.