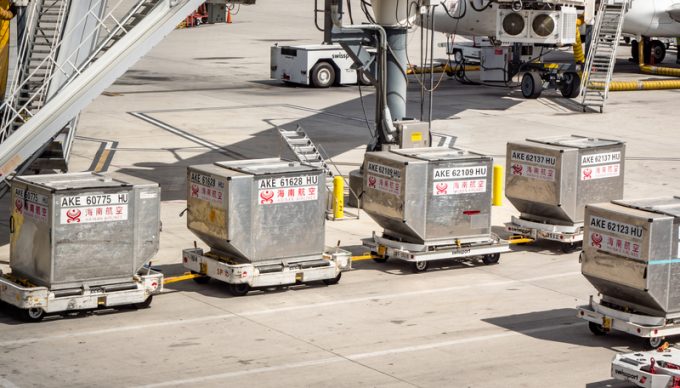 The growth in air cargo tonnage in the second quarter of the year was down 5% compared with the first quarter of 2019.

Ti’s Q2 Logistics Monitor noted that Panalpina, DSV and Ceva all reported 5% market declines during the period and suggested that, across the major forwarder segment that represents around 30% of the global air freight market, the decline was as much as 6.8%.

In particular, it noted, DHL’s volumes were down 5.8%, Kuehne + Nagel’s by 8.4% and DB Schenker’s by a significant 10.9%, while IATA blamed the slowdown on “simmering trade tensions”.

“Nobody wins a trade war. Borders that are open to trade spread sustained prosperity. That’s what our political leaders must focus on,”

IATA’s figures also paint a gloomy picture: it said demand, which it measures in freight tonne km (FTKs), decreased by 4.8% in June, compared with the same month in 2018, which marked the eighth consecutive month of year-on-year decline in air freight volumes.

However, there was a more mixed picture in other modes – sea freight volumes globally grew 1.5%, but varied considerably depending on tradelane.

European imports from Asia grew strongly, by 5.8%, which Ti said reflected “solid European retail sales and despite the manufacturing slowdown in Europe, uncertainty about Brexit negotiations and severe growth decline in Turkey”.

At the same time, however, North American container imports increased just 0.4%, and imports from Asia declined 0.6%, as US tariffs began to take effect.

These also had an impact on backhaul legs on the two largest east-west trades, with exports from Europe to Asia growing strongly, by 7.9%, “possibly due to a change of some Chinese import sourcing from Europe instead of from the US as US-China trade restrictions escalated”.

International express volumes were even more confusing, with the three integrators posting very different results. DHL saw strong growth in most of its international markets and an aggregate growth of 6.6% in daily shipments. However, UPS said daily international shipments declined 2.6%, while FedEx reported 0.2% growth.