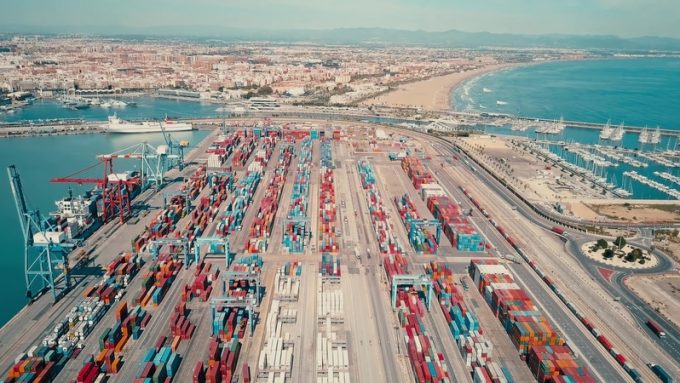 Container spot rates to the Mediterranean rocketed by more than 40% this week, according to today’s Shanghai Containerized Freight Index (SCFI).

Carriers on the route have not only succeeded in getting their low-sulphur fuel surcharges to stick, but also managed to drive through rate increases, underpinned by stronger-than-expected demand as westbound sailings run full.

And the North Europe component of the SCFI saw a more modest, but nonetheless impressive, 11.6% increase in spot rates to $893 per teu this week.

The SCFI commentary on the Europe route said “the market had come out of the trough” and “vessels were fully loaded” ahead of Chinese New Year on 25 January.

Flexport head of ocean for Europe Martin Holst-Mikkelsen said he expected “the upward trend in the rates to continue in the coming weeks”, adding that there were reports of an increase of “rolling pools” across the Chinese base ports as European ocean carriers prioritised shipments according to customer importance.

Tight supply and strong demand on both European routes has come at the perfect time for carriers in the middle of annual contract negotiations with their biggest shippers.

Moreover, carriers are not taking any chances on a rate slump after the CNY, with the Ocean Alliance yesterday following THE Alliance last week in blanking headhaul voyages to North Europe and the Mediterranean during and after the holiday.

Meanwhile, on the transpacific, spot rates eased back as the SCFI recorded losses for both Asia to US west and east coast tradelanes.

But forward bookings for the coming weeks are reported to be “strong” and carriers still expect to be able push through GRIs and recover 100% of their low-sulphur fuel surcharges.

In comparison with the same week a year ago, transpacific spot rates are 29% and 13% below for the west and east coast ports, respectively. However, at this time last year, the trade was in the midst of a front-loading surge as shippers rushed to beat impending tariffs on Chinese imports to the US.

A new round of US import tariffs are due to be levied on some $160bn of Chinese consumer goods on Sunday, but reports today suggest a last-minute trade deal has been reached.

Meanwhile, carriers hope there is no significant shipper backlash to the wide variation of low-sulphur surcharges they rolled out ahead of IMO 2020, which shipper councils suggest could be an indirect ploy to hike freight rates.

These range from MSC’s $71 per teu to the $135 per teu by Hapag-Lloyd and George Griffiths, editor, global container freight market, at S&P Global Platts, believes the container lines will need to recover every dollar of the surcharges.

“At a current spread of around $250 per ton between HFO and LSFO, the difference in fuel prices is unlikely to narrow before IMO 2020, with the bunker element of container shipping likely to rise in January,” he said.