News / What are the top ten risks to supply chains this year? 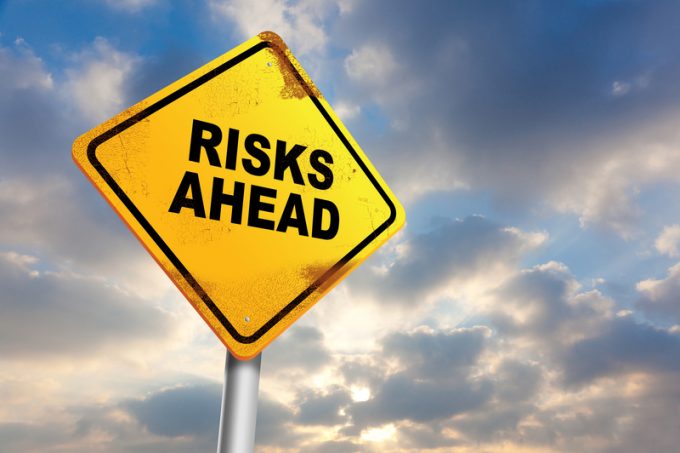 The top ten supply chain risks this year include raw material shortages, safety recalls, climate change and containership fires – alongside more obvious concerns, such as trade wars and the economy.

A report on supply chain resilience, published this morning by DHL, examines the biggest risks and where supply chains are most vulnerable.

Top concern is that trade wars will lead to restructured supply chains: Harley Davidson’s decision to move manufacturing from the US to Brazil and Thailand is cited as an example.

DHL’s Resilience360 authors said they “expect this trend to accelerate in 2019”.

But, perhaps more interestingly, growing demand and shorter supply of raw materials is the second biggest threat, with the production of many materials still “highly globalised”, while companies are increasingly looking to local or regional manufacturing strategies.

DHL suggests key materials are highly vulnerable to demand spikes or production bottlenecks and notes current shortages of some polyamides, due to the low supply of a chemical required – made in only five places in the world – while cobalt, a component in lithium-ion batteries, could also see shortages, “an area of growing concern over the longer term”.

The report says: “Companies in the automotive, textile, electronics and packaging industries may be forced to switch to other products, at least temporarily, although this may not always be possible.”

Recalls over compliance and safety issues come high up the list too. Pharmaceutical recalls by the US FDA almost doubled between 2017 and 2018; manufacturers are sourcing more ingredients from developing countries, which have differing standards of oversight.

Climate change – and its remedy, tougher environmental regulations – come in at numbers four and five.

This year could be the warmest on record, with El Niño also expected to form in the first few months. A hotter atmosphere contributes to droughts, intense rainfall, tropical storms and fires, although the direct impact on supply chains is hard to predict.

Last year saw rivers in Europe fall to such low levels that inland shipping was disrupted.

To mitigate this, and improve air quality, regulators are putting ever tougher restrictions on companies. IMO 2020 is one obvious area, but in Asia, high smog levels have caused temporary factory closures, and regional emissions are under scrutiny.

Economic uncertainty and industrial unrest may be the next highest threats, fairly standard risks in most years.

Containership fires have been a definite problem already this year and, despite efforts by box lines, could continue to threaten supply chains.

The final two threats highlighted in the report are border problems and drones: migrant movement in western Europe and the US have led to border closures or congestion, while Brexit could lead to major congestion in the UK and Europe.

“While border closures at ports of entry will remain extremely rare, Resilience360 anticipates an increase in the frequency of these high-impact events in 2019,” notes the report.

Aviation disruption from drones, a problem that has increased significantly, notably in the UK, is one which can be regulated. The report cited near-misses in several countries, and a further seven countries which have imposed strict regulations or bans.

Interestingly, cyber attacks are not listed in the top 10, despite being a major problem in 2018.

“In 2018, Resilience360 recorded a total of 65 cyber attacks that directly impacted supply chain assets, with November experiencing the highest number of incidents at 20,” notes the report. Other issues last year not in this year’s list include high fuel prices, port congestion and theft.

DHL’s report goes on to break down the risks regionally.

You can read the full report here. 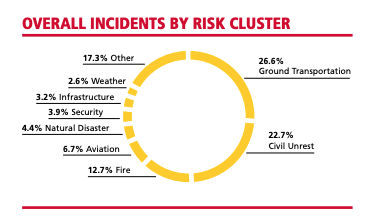 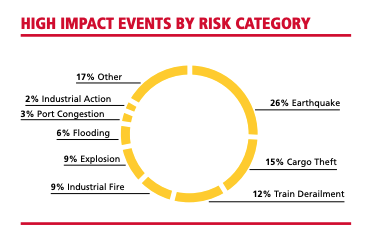