News / Weaker demand will drive spot rates down post-CNY – but by how much? 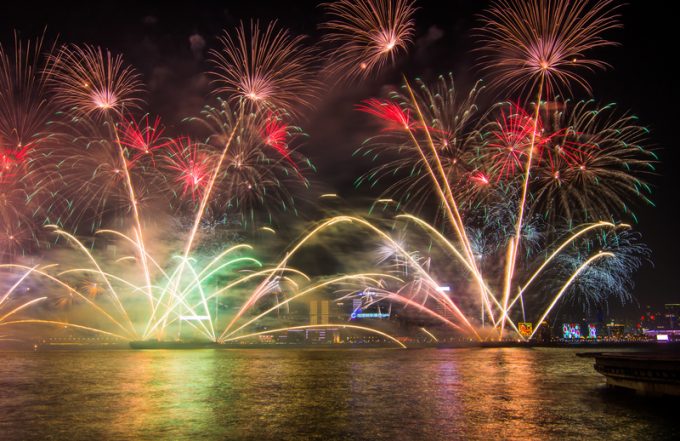 The Shanghai Containerized Freight Index (SCFI) did not publish today, due to the Chinese New Year holiday, but weaker demand is expected to exert downward pressure on the index in the coming weeks.

It is a question of how long the normal seasonal adjustment of spot rates will last on the key Asia-Europe and transpacific tradelanes.

Last year, CNY started 11 days later, on 16 February, and although in the first week of the SCFI’s resumption, spot rates were broadly flat, subsequent weeks recorded heavy declines for Asia-Europe and Asia-US rates.

Mr Blumenthal added that unless the US and China agreed to extend the tariff hike truce, carriers could not expect to see the frontloading cargo boost continue after the CNY, given that there would be insufficient time to clear US customs before the 2 March deadline.

Transpacific ocean carriers have blanked 15 Asia-US sailings this month to underpin rates in the softer demand period, but have also been obliged to cancel their 1 February GRI plans.

Spot rates on the route are some 34% higher for the US west coast than a year ago and about 12% up for east coast ports, buoyed by the strong cargo rush to beat the US duty hike to 25% on about 5,700 consumer products.

It remains to be seen whether carriers can build on this windfall in their upcoming annual contract negotiations with BCOs.

Elsewhere, there was a last-minute cancellation by the 2M partners, Maersk Line and MSC, who advised this week they would be voiding the sailing of the AE10/Swan loop next week, taking the number of blank sailings on the route this month to nine.

Container spot rates between Asia and North Europe are at virtually the same level as a year ago, at some $960 per teu, but the big improvement for carriers is on the Mediterranean route, where rates are now on par with North Europe and some 20% higher than 12 months ago.

The biggest unknown for carriers in terms of demand are the scenarios of an escalation or diffusion of the US-China trade war. And in terms of costs, the elephant in the room for carriers is the IMO 2020 0.5% sulphur cap regulations, which it is estimated will cost the liner industry around $11bn a year extra for low-sulphur fuel bunkering.

How successful the container lines are in convincing their customers to pay the increased BAF from the fourth quarter of this year will determine the survival of the industry’s weaker players.

Customer service has effectively been shelved by the shipping lines, as shippers grumble that it ...