Not everyone agrees that Gartner’s supply chain rankings are correct. For one thing, 50% of the components used to create it is based on opinion. Nevertheless, it’s still interesting – and Gartner has released its 2016 list of the top 15 supply chain organisations based in Europe.

Four of the top five from last year have stayed in peak position. H&M this year beat Inditex to come in at numbers two and three respectively, while Schneider Electric rose into the top five. L’Oréal slipped to number six. Unilever, however, maintained not only its number one spot in Europe, but it also ranked top globally. 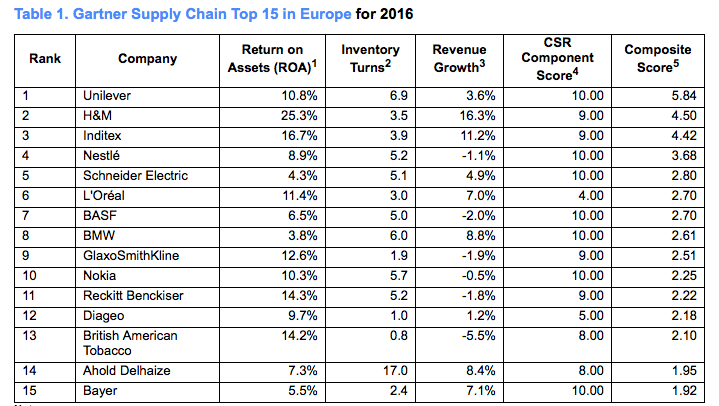 For the first time, CSR was included in the components. “The emphasis on CSR is not only driven by investors, but also by consumers, employees and the general public, all of whom expect businesses to run socially responsible supply chains and for their methods and results to be made public,” said Stan Aronow, research vice president.

It added that digital business is also increasingly common, with Schneider Electric now receiving more than 70% of its orders electronically.

And, of course, Europe is now clouded by Brexit. An uncertainty which, said Gartner, could be mitigated by optimising supply chain functions and delivering good strategies. 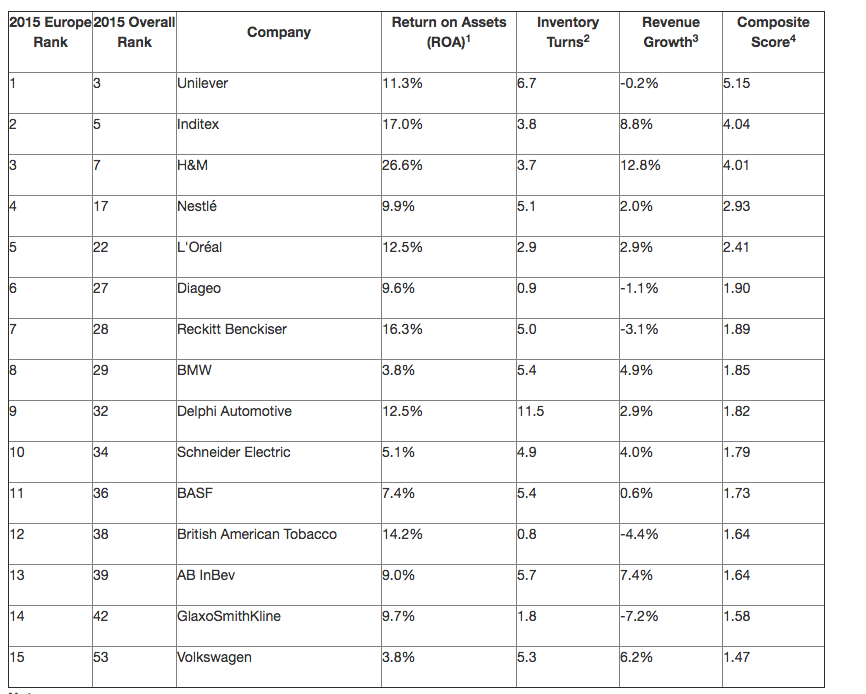 On the wires: Meet the Gartner Hype Cycle – where green is the new black

AP Møller-Mærsk: a 'challenger' in the 3PL space, according to Gartner

The decision to phase-in new UK border checks for EU imports may have been a ...

As the UK’s Brexit preparations reach new heights of chaos, a survey has revealed that ...

Outsourcing functions such as information technology, accounts payable and receivable is virtually expected everywhere in ...

Surprises as Gartner publishes its 'magic quadrant' of 3PLs

Unfortunately, we don’t have the text to go with it, but Gartner has published its ...