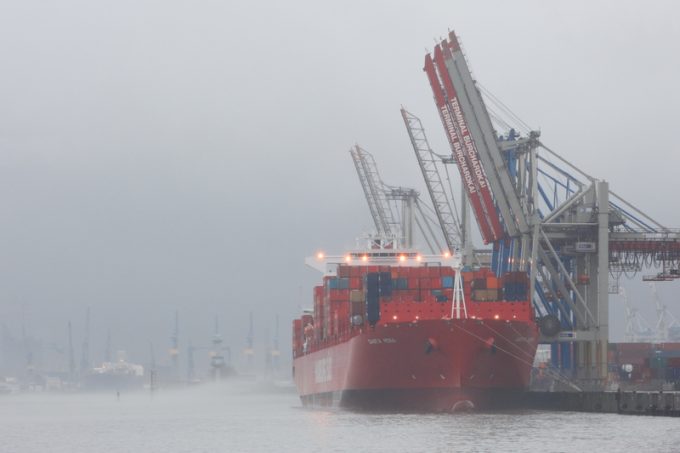 There were signs of a silver lining finally beginning to appear for beleaguered US shippers this week, after the spot container freight rates to both the west and east coast showed a second week of declines on the Freightos Baltic Index (FBX).

Analysts at the Ningbo Containerised Freight Index suggested the declines could be due to a slight loosening of capacity in advance of Chinese National Day, which takes place on 1 October and lasts for three days.

“Some overtime ships were put into the market before the Chinese National Day. Therefore, the tightness of space was slightly eased compared with the previous period, and the market booking price dropped slightly,” the NCFI noted.

Despite the marginal decline in spot pricing, US importers are still reeling from unprecedented congestion levels, particularly on the west coast.

“To do so when basically all of the globe’s container ships are already active, carriers are moving capacity from secondary lanes to the transpac, complicating things for shippers on those lower-profile routes.

“Unfortunately, that transpacific capacity is increasingly stuck waiting at US destinations like LA/Long Beach. Though the main West Coast gateway announced extended gate hours for trucks to collect containers and speed operations, a new record of more than 70 ships are currently waiting an average of nine days for a berth to open up.

“Overwhelmed trucking, warehouse and rail logistics services are also contributing to the port delays, and to the overall slog in end-to-end supply chains. Freightos.com marketplace data shows that so far this month China-US ocean shipments are taking an average of 73 days to arrive at their final destination, 83% longer than in September 2019,” he added.

Meanwhile, spot rates on Asia-North Europe continued to edge up, reaching $14,593 this week, compared to $14,378 last week and $14,221 on 10 September, with European importers also beset by high congestion levels.

Maersk announced this week that as a result of “high yard density and exceptional waiting time for our vessels in the port of Hamburg”, the 2M’s AE7/Condor Asia-North Europe service would drop calls at the German gateway for the next 13 weeks and switch to Bremerhaven’s NTB terminal.

The 2M partners also announced this week that it would expand their TA2/NEUATL2 transatlantic service in response to “ongoing port congestions and operational constraints taking place in North Europe and North America [that] are causing schedule disruptions”.

From next month a sixth vessel, the 7,114 teu Santa Rosa, will be added to the service, while in the first quarter of next year it will switch its UK call from Liverpool to Felixstowe.

It will also add a call at Charleston, while Baltimore and Norfolk will be switched in the port call rotation.