News / Tough peak season ahead for retailers, as Walmart stays mum on Plus launch 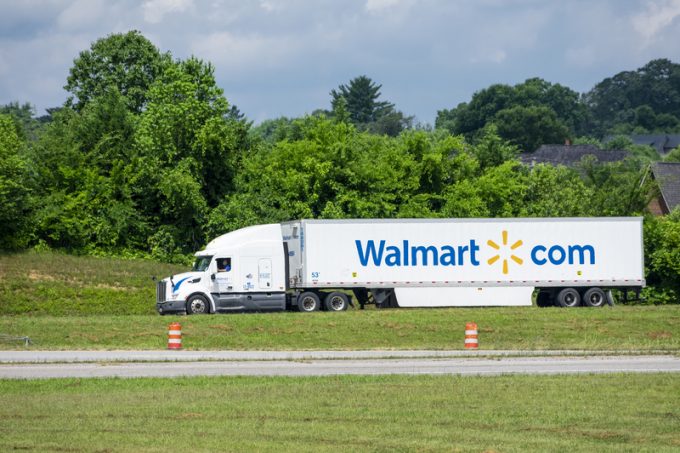 Has Walmart got cold feet? July came and went without a word from the retail giant about its promised Walmart Plus service.

Originally scheduled for launch in the spring, it was postponed until July on account of the Covid-19 outbreak.

A free, same-day delivery subscription service, Walmart Plus was going to be the retailer’s answer to Amazon Prime, priced slightly below $100 vis-a-vis Prime at $119 a year.

Walmart signalled it would start with groceries, but was set to expand quickly to other goods, eventually covering virtually its entire product range.

The dedicated website set up for Plus informs visitors that the service is “coming soon”, and “almost here”, but gives no details on the delay or a likely launch date.

“There have been updates from Walmart on all kinds of other things, but nothing on Plus,” said John Haber, CEO of consultant Spend Management.

One likely explanation is that Walmart may have concerns about meeting delivery expectations. The surge in online shipping since March has strained parcel delivery networks and forced service providers to suspend their service guarantees, Mr Haber said.

“Amazon struggled in March and April. The brand took a hit,” he noted, adding that the approval rating from shoppers who stated they had a positive impression of Amazon dropped from 74% in February to 58% in May.

“Walmart is not very good at final-mile delivery,” he continued. Over the past couple of years, partnerships with several final-mile providers, including Uber, fell apart, and serious problems with deliveries could wreck the launch of Walmart Plus, Mr Haber reckons.

“I imagine a failed launch is a big concern [for Walmart management],” he said. “If they have a poor roll-out, I don’t see them take a lot of market share.”

The sheer size of Walmart indicates that the start of its Plus service should unleash large numbers of online orders, adding more strain on parcel delivery networks.

And the window for a launch is not large.

“They can’t wait too long,” said Mr Haber. “If they will till October, they hit the start of the peak season, and the surcharges from FedEx and UPS start on 1 October.”

All indicators point to strong online shopping then. Polls indicate that Americans’ holiday spend is not going to decrease, but more will shift to online purchasing, Mr Haber said.

An additional boost should come from the decision of several large retailers – including Walmart and Target – not to open their stores on the US Thanksgiving Day this year. Most vendors have signalled that, during the Covid-19 pandemic, they have concerns about the crowds this event normally draws to stores.

Mr Haber is certain the retailers will mount strong promotional campaigns to boost online sales at Thanksgiving instead, reinforcing a trend that has made it the third-ranking shopping day in the US in terms of online sales.

“There are going to be more surcharges coming. We’re going to see peak season surcharges,” Mr Haber predicted. “It’s a big problem for retail. Margins in-store are a lot better than for e-commerce,” he added.

He expects incentives from retailers to encourage shoppers to pick up their online purchases either directly from stores or via kerbside pick-up, to offset some of the costs for home deliveries. They may also try to ship goods from stores.

If executed well this approach can reduce costs. However, the integrators offer lower discounts for this avenue, as their pick-up density is reduced since they collect merchandise from stores with vans, as opposed to trucks hauling from distribution centres.

All this points to a challenging peak season for retailers, including Walmart, and that’s before its Plus service enters the picture.