News / The fashion for near-shoring expands, with 'microfactories' a growing trend 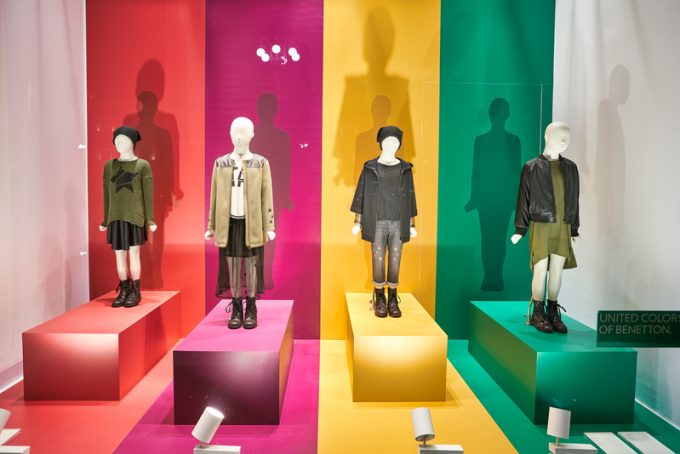 Large fashion brands are turning their backs on Asia.

Italian fashion firm Benetton has moved more than 10% of its output from Bangladesh, Vietnam, China and India to European production locations this year, and more will follow.

By the end of next year Benetton aims to have halved production in Asia, and instead, will manufacture more in Croatia, Serbia, Turkey, Egypt and Tunisia. This will bring more control of the production process and transport costs, which have gone through the roof over the past year.

CEO Massimo Renon recently told Reuters that shorter lead times and fewer supply chain snags in the Mediterranean region would make up for the 20% lower production costs in Vietnam or Bangladesh. Average lead times from Asia to Europe have risen from four-to-five months to seven-to-eight, he added.

And Hugo Boss is also looking to shift more production from Asia to locations closer to final markets. This will allow it to react faster to emerging trends and give it more flexibility to cope with bottlenecks in the supply chain, it said.

Some brands that produce chiefly in Asia have been stung by disruptions from recent Covid-19 outbreaks in the region. In September, Nike had to curtail its sales projections due to factory closures in Vietnam.

And some have already shifted a large portion of their production. According to its 2020 annual report, Inditex, which owns fashion brand Zara, is now producing 53% of its output in Spain, Portugal, Morocco and Turkey.

Lisa Morales-Hellebo, co-founder and general partner of Refashiond Ventures, an early-stage supply chain technology venture fund, sees a broad migration in fashion production. She said: “Everyone is starting to understand that our complex, globalised supply chains are increasingly fragile.

“Consumers tend to take supply chains for granted, especially in America, where the concept of infinite optionality delivered to your door in minutes is becoming the norm. Since businesses can only make money when they have inventory, this is the single biggest driver for the push to re-shore and nearshore.”

Logistics operators serving Mexico and Latin America have reported growing interest among global brands to move production there, in order to be closer to the North American market.

Most brands are assuming that the lower cost of labour in Mexico and South America will translate into the most cost-efficient option for serving North American consumers, says Ms Morales, but she thinks manufacturing in the US could be a better strategy.

Refashiond OS, which started out as the systems design, research and strategy consulting arm of Refashiond Ventures, is building automated on-demand apparel manufacturing at scale through a distributed, collaborative network of ‘microfactories’.

This constitutes a paradigm shift in fashion production – from high-volume manufacturing with a high level of built-in redundancy to on-demand, post-purchase production. This shift cuts out the 30%-40% of over-production in the traditional model that translates into pure margin erosion, sunk cost and locked-up working capital, she explained.

The flagship facility of the ‘Made in the USA’ venture will be in the New York metro area, close to midtown, with a target opening date of Q2 22.

“We already have apparel cut-and-sew factory owners in key regions across the country that are interested in becoming licensed microfactory nodes in our network,” said Ms Morales, adding that emerging and established brands have shown lively interest in the concept and it also has public support.

“We have seen the biggest support for our microfactory nodes in Arizona, whose local administration is supporting the creation of an apparel manufacturing and textile innovation hub,” she said, adding that key relationships are in place for deployment across the US.