News / Still no sign of a peak season, and volatile fuel prices add to the pressure on carriers 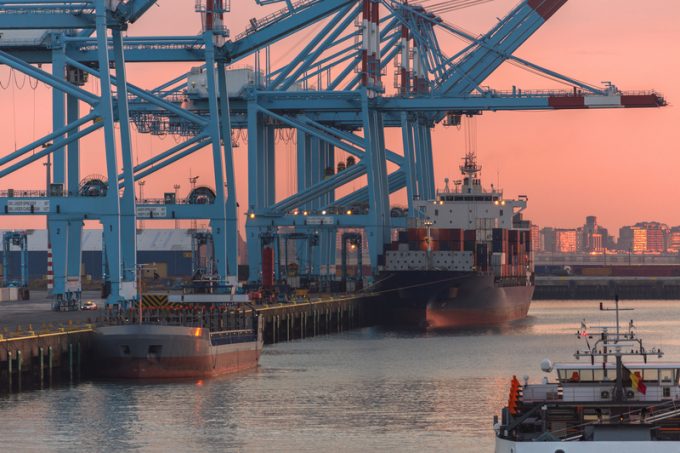 Deepsea container shipping freight rates on the Asia-Europe trades this week again showed that the peak season has yet to materialise, with price quotes for next week showing more marginal declines.

According to today’s Shanghai Containerised Freight Index (SCFI), which records a sample of freight rate quotes for the following week, the all-in spot rate for China-North Europe is set to decline 0.6%, to $672 per teu, and for China-Mediterranean ports to drop 0.3%, to $692 per teu.

The risible state of the trade led Hapag-Lloyd to announce a rate restoration programme this week.

Due to be applied on 1 August, the German carrier said a freight rate of $840 per teu, plus $226 marine fuel recovery (MFR) charge per teu, would cover Asia-North Europe shipments; while Asia-Mediterranean shipments would see a rate of $850 per teu with an MFR of $210 per teu.

These increases will coincide with a series of blanked sailings in the remainder of this month and the first half of August, which will bring the withdrawal of capacity so far to around 130,000 teu.

Capacity cuts on the transpacific have reversed a prolonged period rate decline as the peak season got underway.

“Rates along transpacific tradelanes continued to be supported by peak season demand, much to the chagrin of the carriers which had voided sailings, and those on the Asia westbound tradelanes not expecting any upside in rates over the coming weeks,” said George Griffiths, S&P Global Platts’ editor of its global container freight market.

Eytan Buchman, chief marketing officer at Freightos, which manages the Freightos Baltic Index, added: “Even though the next (and most substantial) China trade tariff has been temporarily deferred, there’s still a backlog of advance orders becoming shipment-ready.

“Carriers will hope this additional boost keeps demand up for a few more weeks while peak season demand is ramping up. Carriers are now gearing up for peak season. Although several modestly increased prices, most backed off and are holding back until August,” he said.

However, Mr Griffiths added that shippers should expect to see increased volatility in fuel prices.

“This comes in the face of ongoing tension in the Middle East, which has sent bunker fuel prices into a tailspin of volatility that does not appear to be ending any time soon, especially with the latest Iran tanker issues this week.

“On the back of this volatility, however, come calls from shippers for clarity surrounding the bunker clauses offered by carriers, with seemingly endless queries being fielded by S&P Global Platts regarding the adoption of a third-party independent index in the market.

“Thrilling times ahead, it seems, for the containers market – as if IMO 2020 wasn’t exciting enough already.”