News / Spot rates ease – but it could be too little, too late for some 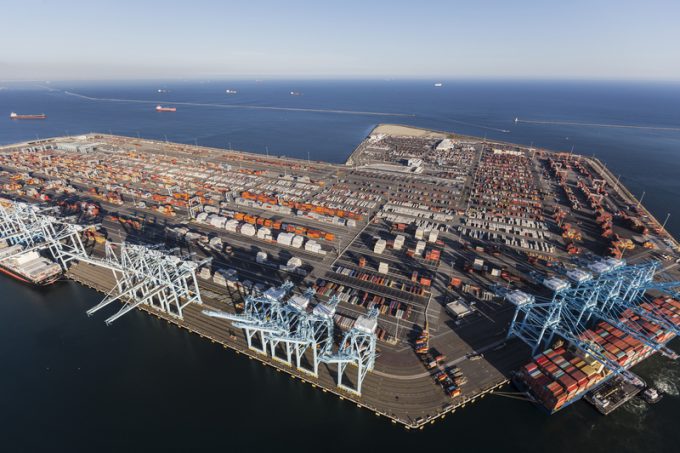 Container spot rates have peaked and appear to be declining slightly on the main tradelanes, albeit from record high levels.

But it could be too little and too late to save some businesses.

“Carriers have started to extend rates into mid-February, and prepaid space seems to be available at the Chinese main ports,” said Christoph Baumeister, senior trade manager, Asia-Europe, at Flexport.

Today’s Shanghai Containerised Freight Index (SCFI) recorded the first decrease in its composite index for more than three months, tracking down 16 points to 2,869.

Nevertheless, the index remains 190% higher than for the same week of last year, reflecting considerable gains in components over the past six months.

Spot rates to North Europe edged down $19, to $4,394 per teu, with carriers said to be adopting a “wait-and-see attitude to pricing”, while spot rates from Asia to the Mediterranean were flat this week, at $4,296 per teu, some 260% higher than a year ago.

However, shippers reported to The Loadstar that rates being quoted by carriers from Asia to North Europe were significantly higher – that’s if the carriers are even prepared to make an offer for shipments to the UK.

Lars Jensen, of SeaIntelligence, said: “It should be kept in mind that the SCFI measures ocean rates and therefore neither captures landside fees, such as equipment surcharges, or any possible effect of shippers not being able to load on contract volumes.”

The damage to trade of the huge sudden increases in transport costs from Asia may already be irreparable in some cases, if the feedback from shippers is a representation of the market.

“Our products are manufactured in China and we have been severely affected by the price rises,” a lighting and home renovation retailer said in a typical email to The Loadstar this week.

But, added Freightos’s research lead, Judah Levine: “The actual cost to secure space can be thousands more in premiums and surcharges.

“These costs are being buoyed by the sustained demand for ocean freight that is causing port congestion and delays, which in turn is exacerbating the shortage of empty containers in high demand back at Asian origin ports.”

Carrier HMM this week warned its North American customers that terminal congestion at the Los Angeles/Long Beach port complex was “worsening, with some terminals at or above capacity”.

Maersk said the daily number of vessels waiting to berth there was between 30 and 35 ships. It said: “Average waiting times for berthing have increased to 10-14 days,” said Maersk, adding that yard utilisation at the Los Angeles APM Terminals’ Pier 400 had increased to 95%.