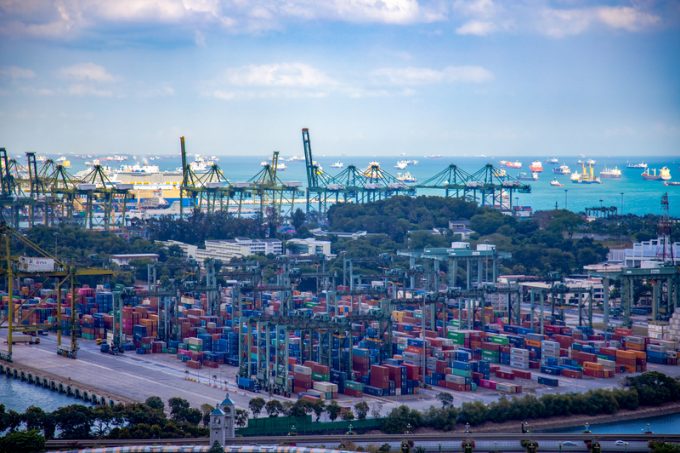 Major delays have now hit the port of Singapore, with congestion causing vessel turnaround times to more than double and week-long cargo rollovers.

Peter Sundara, VP global ocean product at LF Logistics, told The Loadstar: “There’s a lot of vessel bunching, which is causing delays, and we see feeders coming in from South-east Asia missing connections with mainline vessels.

“In turn, the mainline vessels coming in are overbooked, therefore transhipment containers are missing their nominated vessels and getting rolled – for a week, in some cases.”

According to S&P Global Platts, waiting times for ultra-large container vessels of 18,000 teu and above are currently five-to-seven days from the normal two-day turnaround.

Tracking the worsening congestion as the container market heated up in recent months, Platts said the number of vessels at Singapore for longer than two days had increased to 46 a day in January, up 59% year on year.

Terminal operator PSA International said: “This exceptional situation is due to a confluence of factors, including an unprecedented and volatile surge in cargo demand, congestion across all nodes in the global supply chain (including depots, warehouses and seaports) due to renewed lockdowns, a lack of usable empty containers while laden ones are held up longer at these nodes and shipping lines’ schedule reliability dropping to 10-year historical lows, causing further delays at almost every seaport worldwide.”

PSA added it was responding to the supply chain disruption by ramping up its value-added services to support cargo owners “above and beyond” port activities.