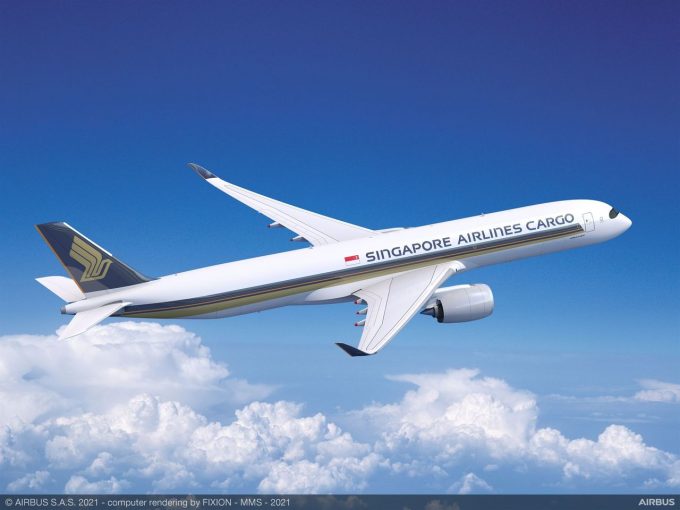 Singapore Airlines Cargo is betting on Airbus: the carrier has become the third to order (but will be the first to operate) the A350 freighter, with a letter of intent for seven and options for five more.

Deliveries are scheduled to begin in the fourth quarter of 2025.

The deal includes a swap with 15 A320neos and two A350-900 passenger aircraft, which are in the group’s orderbook. The carrier said the swap “allows SIA to manage its capital expenditure, while continuing with the essential freighter renewal programme”.

SIA Cargo currently operates seven 747-400 freighters with an average age of 18 years, which will be replaced by the A350F. SIA operates 52 A350 passenger aircraft.

The retirement of the 747-400F fleet will no doubt spark some interest in an acquisition-hungry market, with many players concerned about the loss of nose-loading aircraft in the industry.

The decision marks a move away from Boeing by the government-owned airline. The A350’s main rival is the 777, of which SIA owns 30. However, the carrier has parked 14 of them.

While Airbus does not appear to have revealed its list prices for the A350F, passenger variants are selling for between $115m and $160m, while the 777 goes for $74m to $166m, depending on customer specifications, according to one aircraft expert.

Air Lease Corp has signed an MoU for seven A350Fs, while CMA CGM has opted for four, and one source noted that Ethiopian Airlines was also considering the type.

The carrier said: “Renewing the freighter fleet reflects SIA’s continued investment in the air cargo segment, which is a core business for the company. SIA has bolstered its cargo capabilities over the last few years, especially in key segments such as e-commerce, fresh produce and pharmaceuticals.

“Adding the A350Fs will reinforce SIA’s leading position in the sector, while strengthening Singapore’s position as a global air cargo hub.”

Goh Choon Phong, SIA CEO, said: “This agreement … ensures we are prudent with our capital expenditure, and adjusts our passenger aircraft orderbook to give us the flexibility needed to navigate uncertainties in the recovery trajectory. The A350Fs will replace our seven 747-400F freighters, with the options providing the ability to adapt our requirements to future demand in the cargo market.

“The pandemic has underscored the importance of investing in the cargo business, and bolstering the SIA group’s diverse revenue streams.”

The carrier said at the time: “The traditional year-end cargo peak period is expected to see strong demand, supported in part by retail inventory restocking before the peak shopping season. This comes amid an industry capacity crunch for both air freight and ocean freight.”

It added: “Purchasing managers’ indices are still in expansionary territory for key export economies, boding well for air cargo demand. Nonetheless, some economies are now facing production constraints as a result of pandemic controls, supply chain disruptions, and energy shortages. SIA Group will continue to maximise freighter utilisation to meet demand. Expansion of bellyhold capacity will continue with the resumption of passenger flights, and the continued deployment of passenger aircraft for cargo-only flights as required.”