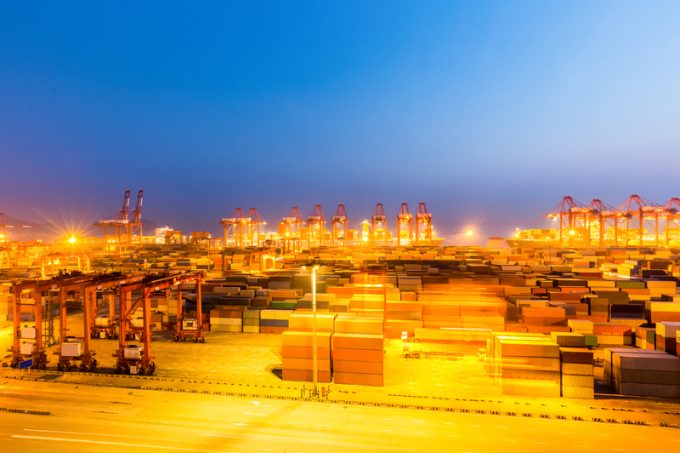 The port of Shanghai has maintained its position as the world largest container port.

The 2.93m teu Singapore gained made it the largest-growing port globally, in terms of volumes, although Shanghai’s 1.78m teu gain puts it in second place in that sub-list.

According to Alphaliner, together the world’s largest 120 box ports handled 654m teu last year, an increase of 4.9% on 2017, which was broadly in line with analysts’ consensus.

Of those, 104 ports saw volumes grow, while 16 saw declines – and there were some high-losers among them.

Hong Kong saw the largest decline in volumes, down 1.1m teu over the year, dropping from fifth to seventh place in the top 120 as it posted a 56.7% fall to finish the year with 19.6m teu throughput, prompting its major terminal operators to form an alliance to try and arrest further declines.

DP World’s flagship Dubai facility also saw volumes decline, by 2.7%, and with an annual throughput of 14.95m teu, it fell out of the top 10 to eleventh place – overtaken by the northern Chinese port of Tianjin.

Other ports which saw large losses included other high-profile transhipment hubs: Panama’s Pacific hub of Balboa continued to see fall-out from the Panama Canal expansion as larger vessels now able to transit the canal bypassed it as volumes declined 29.3%, losing around 850,000 teu, to end the year at 2.05m teu; Oman’s Salalah lost 560,000 teu, representing 14.2% of its previous year’s volumes; Dubai rival Khor Fakkan dropped 13.8% to end the year at an estimated 2m teu; while Gioia Tauro, whose problems were recently reported by The Loadstar, lost 4.9% of its volume, equating to 120,000 teu.

The two largest gateway ports to see volume declines were the Iranian hub of Bandar Abbas, where new sanctions had the catastrophic effect of cutting to 600,000 teu, or 22.4%; and the UK’s Felixstowe, whose well-publicised IT transformation project resulted in an estimated loss of some 360,000 teu, representing 8.7% of the previous year’s total.

And Felixstowe’s loss was London’s gain, where scores of ad hoc calls were handled and which recorded a 23.2% increase in volumes to an estimated 1.7m teu.

Three ports, Beirut, Puerto Limon and Dandong, fell out of the top 120 last year, and were replaced by Buenaventura, Lome and Jinzhou.