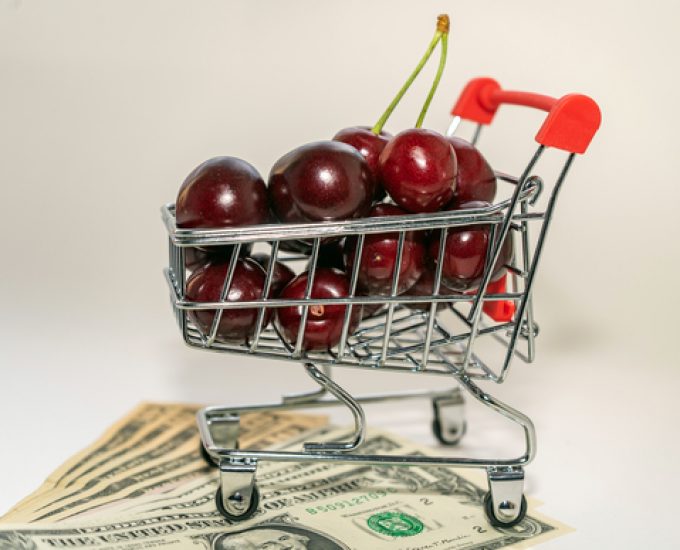 Despite lockdowns and severely restricted airfreight capacity, Chinese consumers have not lost their appetite for North American cherries.

However, imports are well below previous years’ levels, as costs and weather-related factors are hurting the market.

China is the top export market for US cherries, and volumes kept growing through the pandemic – last year it imported more than 1m boxes, weighing 10kg each.

Lockdowns and airfreight capacity restrictions in China have not hurt US cherry exports, according to Chris Connell, SVP perishables North America at Commodity Forwarders, a Kuehne + Nagel company.

The situation has impacted traffic to some other Asian markets, though, as airlines juggled their schedules in response.

“We lost capacity to non-China markets because of aircraft rotations,” Mr Connell said. “That capacity is coming back, but slowly. Those planes were put to markets like Europe that have higher passenger loads.”

One reason why the limited capacity into China failed to hamper cherry shipments is that volumes are down. The US cherry crop is significantly lower than in recent years, owing to cool spring weather and cool and rainy conditions in June.

This delayed the harvest by about 10 days and decimated the crop. The harvest in the Pacific north-west was about 25% lower than last year, which made it the smallest crop since 2013.

And across the Canadian border, the situation is more or less identical. Stone fruit from British Columbia is about two weeks late this year and cherry volumes are down by some 20%.

With demand strong, the smaller crop is commanding higher prices. This is aggravated by the strong US dollar and the higher cost of transport. Westbound airfreight rates across the Pacific have not climbed as much as in the opposite direction over the past year, but fuel surcharges are a factor, Mr Connell said.

US cherries are selling in large Chinese supermarkets for between Rmb300 and Rmb400 ($44-$59) per kg this summer. Importers are reluctant to pay for charters, as it would be difficult to cover the cost. There are also concerns that the quality of the produce is lower this year and further impacted by mandatory disinfection at import, giving consumers cause to shift to other fruits.

By one estimate, the volume of US cherry imports may be about 60-70% of last year’s intake.

Mr Connell reported that US cherry exports to other Asian markets and Europe had also declined. European retailers can source cherries from other areas, he added.

Cherries have been able to absorb high freight rates better than most other fruits. Brazilian mango growers have expressed worries that selling prices in Europe, although recently increased, cannot compensate for their elevated production and logistics costs, particularly freight rates.

But not everybody is having problems exporting mangoes. Emirates recently reported strong demand on World Mango Day. Last year, the Middle Eastern carrier moved 30% more mango traffic than the year before, and management expects to see similar volumes this year.

Most of the mangoes go to the UK, Spain and the United Arab Emirates – markets that can absorb higher food prices better than developing nations. The United Nations Food and Agriculture Organisation published a report last month that predicts a drop in food imports into less-developed countries.

According to the report, global food imports are expected to rise to a record value of $1.81trn this year, $51bn more than last year. However, almost all of this increase is due to inflation.

The surge in prices is driving a growing schism in the diets of rich and poor nations, the report’s authors warned. Whereas developed countries are still importing all varieties of food, emerging nations will likely cut back on high-value produce like meat and focus on staples instead, resulting in a diet of reduced diversity and lower quality. Food imports by the least developed nations will fall by $2.4bn, the report predicts.

“These are alarming signs from a food security perspective, indicating that importers will find it difficult to finance rising international costs,” the authors wrote. “This year may usher in an era of lower resilience to higher food prices, notably by the poorer regions of the developing world.”