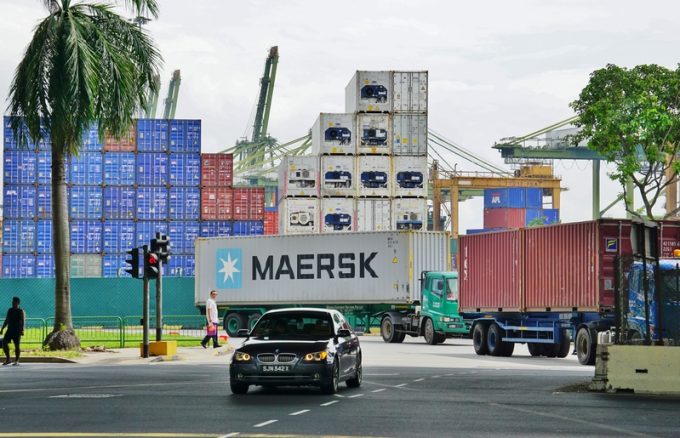 PSA Singapore will no longer accept containers full of hydrogen peroxide at its terminals, following the fatal fire and explosion at a Chittagong depot, which claimed more than 40 lives.

“Following the recent fatal explosion on 4 June 2022 at one of the container facilities in Bangladesh, we have observed a significant spike in the number of containers containing hydrogen peroxide being discharged in PSA Terminals,” the operator said in an advisory on Thursday.

It said hydrogen peroxide is an explosive precursor, controlled by Singapore Police Force (SPF). There is a limit to the quantity permitted by SPF for licensed storage in PSA Terminals. The spike has resulted in a rising stockpile of hydrogen peroxide in PSA yards.

“To keep this DG inventory level within the safety limit prescribed by the authorities, we need to take immediate measures to stop accepting hydrogen peroxide containers until the inventory level goes back to normal,” said PSA Singapore in a letter to all shipping lines.

The port operator said it will work closely with the shipping lines to facilitate the smooth handling of these containers “should they overstow containers that are meant for Singapore discharge”.

The fire at BM Container Depot and subsequent blasts from boxes of hydrogen peroxide on Saturday night has created concern among apparel exporters and others over the proper management of dangerous goods in Bangladeshi ports and terminals.

The fire has gutted millions of dollars-worth of export and import cargo. As the depot’s operations remain suspended, the shipment of several hundreds of unaffected containers has also become uncertain.

“We urge the authorities concerned to give permission for the immediate shipment of unaffected containers by using other depots, to keep the supply chain intact,” he said.

On Thursday, the government formed an investigation committee, which has visited the depot to examine how the fire started.

They have collated a list of containers holding garments and chemicals, and a list of exporters and importers which use the BM Depot.