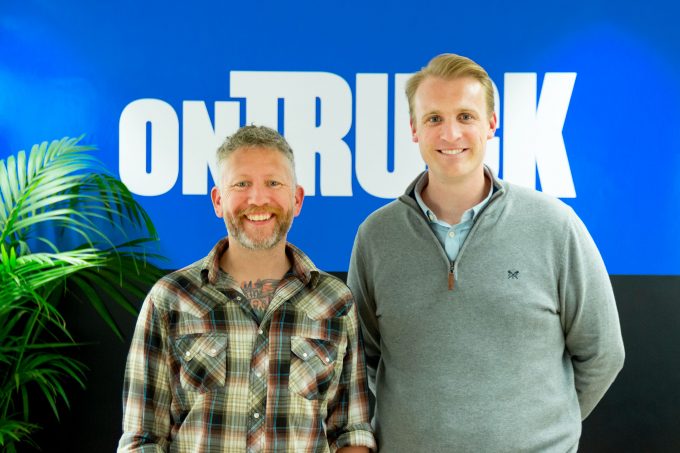 “Silicon Valley is an amazing place and provides an opportunity to enjoy wildly diverse perspectives and approaches to the world, creativity is in abundance and I was lucky enough to have friends and colleagues who were interested in solving problems and open-minded enough to take new paths to any solution,” he said.

He is joined at the company by Samuel McGuirk (pictured above, right), who has been appointed as Ontruck’s head of UK operations.

Previously, he was senior manager at Just Eat, where he led a global operations function, managing teams across Italy, France, Ireland, Canada and Spain.

“His expertise in scaling companies across global markets will play a fundamental role in the next wave of growth of Ontruck in building out the operational playbook across supply and demand management, customer service and data management,” an Ontruck statement said.

Mr McGuirk said: “It is a privilege to join such a disruptive, forward-thinking and data-oriented business, and for me the real challenge is delivering a customer-centric operating model, providing benefits to both shippers and hauliers from a financial aspect, but also creating an efficient logistics ecosystem here in London.”

The company said in the past year, UK shipments made using the Ontruck platform had grown by 41%, with weight in tonnes moved also increasing by 44%.