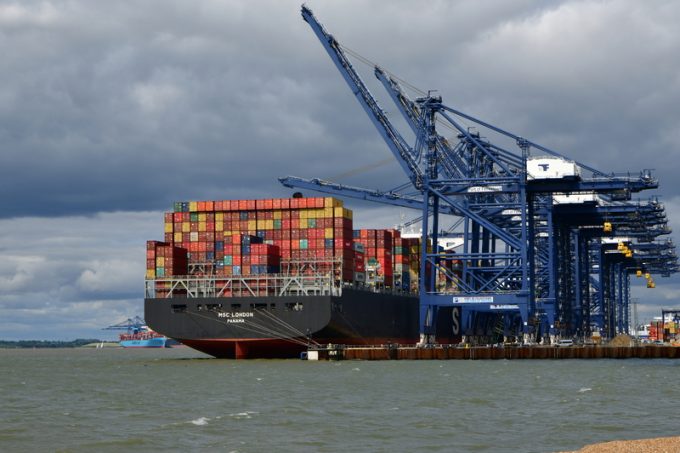 Container shipments from Asia to the UK continue to be subject to “unprecedented” delays and significant additional costs.

“Space is still an issue, as are ever-increasing rates,” said Mr Clark,

“We are constantly finding ourselves apologising to customers. If it’s not rollings, space problems or rate increases, it’s a berthing delay or haulage issue,” he said.

As The Loadstar has previously reported, ocean carriers are increasing container rates to UK ports from China as well as adding port congestion surcharges, and one carrier source confirmed to The Loadstar this week that the UK port situation was “a major problem”.

“That’s why you are seeing higher rates to the UK – we are queuing for berths and when we do get alongside working is very slow and we end up having to ‘cut and run’, which costs us money,” he said.

“We don’t have the same problems at Antwerp or Rotterdam – there is congestion but they seem to be able to manage ship-working better and the land side is much smoother,” he added.

Yesterday, MSC advised its customers that from 16 November, all containers from Asia to the UK would be subject to a congestion surcharge of $175 per teu.

Most other Asia-North Europe carriers to the UK are already levying a port congestion surcharge, although some are restricting this to Felixstowe.

In its latest operational update, Port of Felixstowe warned that the high import volumes “will last at least into December and possibly through into the new year”.

The port said that it was in the process of recruiting and training an additional 104 equipment drivers, but several Felixstowe sources have told The Loadstar that it had been “slow” to recognise the understaffing.

“They looked at the worst case scenarios of a 25% demand contraction and panicked, and then have been in denial ever since the numbers started to pick up,” claimed a source.

The port update said that, in the week to 8 November, around a quarter of its 26,448 vehicle booking system slots went unused, with some 16% of those being available on the smaller Landguard Terminal.

However, one local port agency office boarding clerk told The Loadstar this policy was “crazy”.

“We don’t want them [boxes] on the quay; the line desperately needs them back in China, but often the ship-work is so slow that there is no time to get them on board and we have to sail,” he said.

Meanwhile, just when UK shippers thought it couldn’t get any worse, it just did. Several sources have told The Loadstar this week that, “overnight”, some carriers have withdrawn ‘line haulage’, leaving imports stranded on the quay with little hope of shippers obtaining alternative prompt transport.