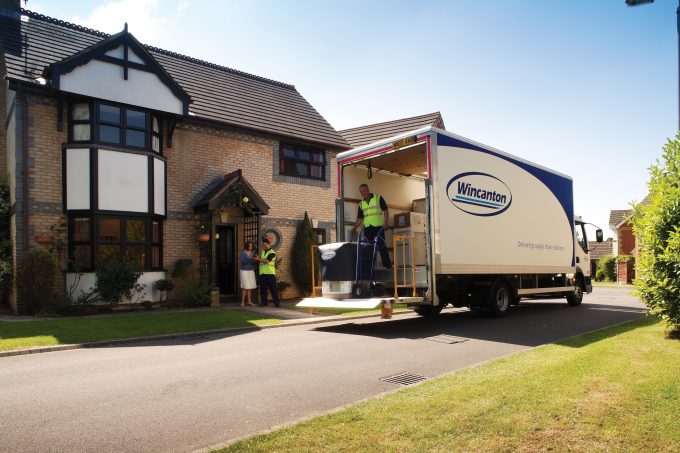 Its 3.4% revenue increase was the result of new business wins in its retail and consumer (R&C) division, which managed to offset challenges in the performance of its industrial and transport division (I&T), which includes its container haulage operation.

The period was marked by the launch of its two-man e-fulfilment delivery service, principally on behalf of retail giant IKEA, which focuses on the delivery of installation of heavy goods in consumers’ homes, an area other logistics providers increasingly see as a value-add.

“Our customers are increasingly changing to multichannel retailing. In the case of IKEA, clearly it has a great in-store product, but it has been playing a bit of catch-up in its multichannel offering,” chief executive Adrian Colman told The Loadstar.

“We have already been performing these services for Marks & Spencer and the value is in the quality of the customer proposition – our staff are the people that deal face-to-face with the end consumers and having someone with great customer service skills is very important.

“There is also more money for us in these types of services, and they provide better margins both for our retail customers and ourselves,” he said.

The period also saw it win new contracts with retailers Wickes and Wilko and it said there were higher general retail merchandise volumes which mitigated the end of a grocery contract with Tesco.

It also saw contract wins in its I&T division in the construction industry, and Mr Colman added that Wincanton saw growth opportunities as a result of some of the large infrastructure projects currently underway in the UK.

However, it container haulage business remained weak, he admitted.

“It is a challenging market, and the volumes have been average, but I also think it is fair to say that our execution wasn’t as good as it could have been and areas where we weren’t getting the efficiency that we ought to have.

There are also bits of new business it takes time to for the jigsaw pieces to fit.

A restructuring programme in the I&T division and in its back-office operations that was underway during the first half is expected to be completed by the end of the year, Mr Colman said.

Its capex investment in the coming period will remain focused on organic growth and developing innovative solutions through its W2 Labs programme, which saw some six start-up firms develop a variety programmes mostly focused on achieving better asset utilisation.

Funds are unlikely to go into merger and acquisition activity, however.

“There won’t be any M&A. There were a couple of companies on offer, but they weren’t very interesting to us and the pricing was all wrong,” he said.

“This isn’t just about drivers, but the general situation of being a large employer in a country that has full employment – you have to work really hard to fill all your vacancies.

“We aren’t affected by import prices because we largely source from the UK; property availability is less of a challenge than it was – labour availability and the cost of it is the biggest challenge we now face,” he said.