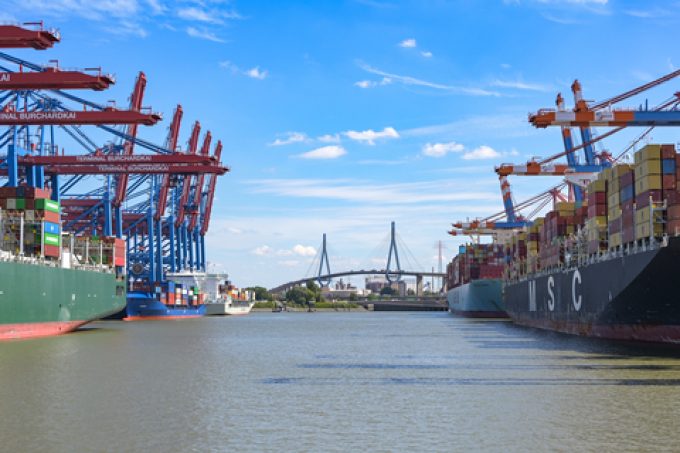 A combination of improved labour availability, due to the end of the school holidays and a reduction in Asian imports, has eased congestion at North Europe’s container hubs.

Moreover, a wage settlement last week at German ports is also expected to relieve the high yard density at Hamburg’s box terminals in the coming weeks.

According to new weekly data produced by supply chain intelligence company eeSea for the port of Rotterdam, congestion at the Dutch gateway and neighbouring Antwerp has declined significantly in the past few weeks.

The eeSea data provides an insight into the berthing wait times for container vessels at Rotterdam, Antwerp-Bruges, Hamburg and Bremerhaven, tracking waiting vessels and waiting days.

However, he longest wait time at Hamburg was still extremely high on 29 August, at 26.7 days, having reduced from 31.1 days on 22 August. But that is expected to improve substantially as the high yard density eases in the wake of industrial action and a greater take-up of volunteer weekend labour.

The latest ocean carrier operational advisories are also more positive on the terminal congestion issues at the hubs that have plagued their networks for months.

Hapag-Lloyd said the increase in labour at ECT Rotterdam was “visible, leading to faster turnarounds of vessels”. And at PSA Antwerp, the carrier reported that although yard utilisation at berths 869 and 913 remained high, the terminals were performing “within operational limits”.

It was also optimistic about an improvement in congestion at Hamburg, following the new pay deal agreement, reporting “an increased number of gangs during the week”, and particularly upbeat about operations at its main UK hubs at Southampton and London Gateway.

It said the labour situation at Southampton, which serves THE Alliance vessels, was “stable”, with yard utilisation levels “high but manageable”. It added that there were no issues with berth availability and that “all vessels have their agreed berth windows”, which suggests a return to operational discipline by carriers.

At London Gateway, Hapag-Lloyd said, “stable gang availability continues” and yard utilisation “remains at a good level”, adding: “The terminal has a busy berth line-up, but all vessels have a berth window.”

And feeders are also getting served promptly at the DP World-operated facilities, according to one operator, who told The Loadstar waiting times had “eased significantly”.

“We are back to allocated berthing windows at Gateway and Southampton, and that is a massive help to our schedules,” said the contact.