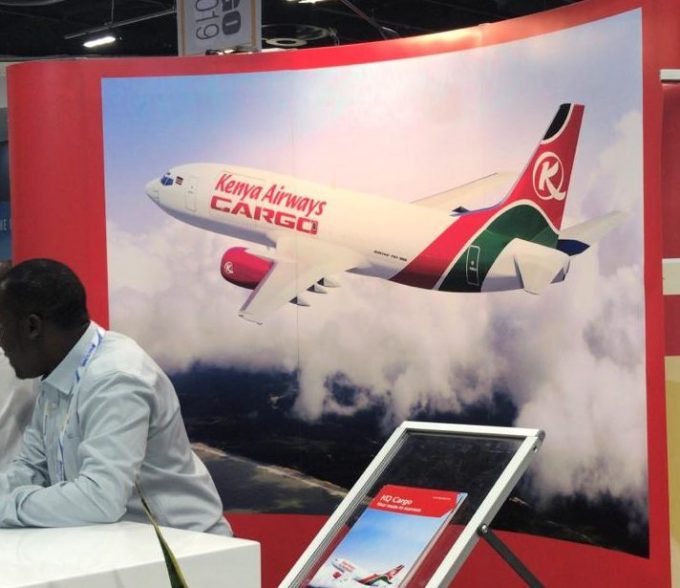 A lack of intra-African trade, and restrictive air transport agreements are among the biggest barriers to a successful logistics sector across the continent.

Dick Murianki, general manager of cargo for Kenya Airways, told The Loadstar on the sidelines of Air Cargo Africa that one of his biggest frustrations was the lack of regional trade, which accounted for just 4% of the carrier’s revenues.

“We send freighters within Africa, leaving Nairobi full, and they come back empty; we have to fill them with ballast. Nothing is coming back.

“It makes it very expensive to operate when we have to cost-in the return journey.”

Sanjeev Gadhia, chief executive of Astral Aviation, said Africa’s recent free-trade agreement “could be a game-changer” that would benefit the logistics sector.

“It’s common knowledge that Nigeria gets its beef from Brazil or Australia – why not South Africa? Flowers go from Kenya to Europe, and sometimes back to Africa.

“[Intra-Africa trade] is a work in progress. I want to see African consumers consume from each other.”

Fitsum Abadi, MD of Ethiopian Cargo, added: “The world knows Africa as one – so Africa should become one.”

He added: “The biggest challenge is integration. We have disintegration of services, markets and countries. We want to see it all integrated.”

Chief operating officer of Kenya Airways Jan de Vegt pointed out: “The EU, US and China are big land masses with little or no Customs. Here, there are 54 countries all with different rules. It makes it very difficult.”

These differing rules have hampered nations’ abilities to trade with each other, said Mr Murianki. “It makes regional trade almost impossible.”

But he said it was also down to air transport agreements.

“We still have a situation where we are open to outsiders, but have closed doors to our neighbours. It’s very hard to get access, and concessions.”

Ethiopia is particularly restrictive with its air transport market, while Kenya has liberalised its skies – only to see them being dominated by Middle Eastern carriers.

Amid calls for there to be “four or five big African airlines”, Mr Murianki said he wanted preferential treatment in his domestic market.

“Protectionism is not always a bad thing. I advocate some measured protections. Total liberalisation will hurt private carriers.

‘We want to create an environment for local companies to be able to compete in the market. Most African carriers are small and don’t have the financial muscle to compete.

“We are telling the government that those which want to operate fifth-freedom rights in Kenya should collaborate with us. Otherwise we’ll never grow; the customers will never know we can do it.”