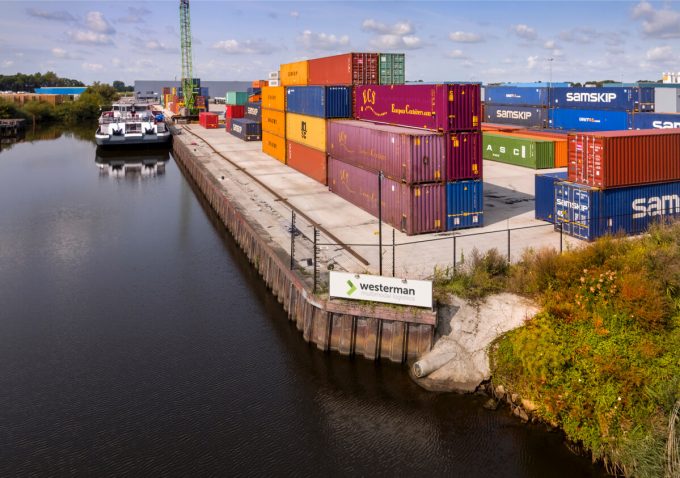 This week, the CTU Lelystad, HOV Harlingen and Hasselt’s Westerman Multimodal Logistics terminals announced they would be joining the initiative.

“The establishment of this corridor means we can expect significant improvements in our performance,” said Tim van der Roest, general manager at Westerman Multimodal Logistics .

“[And it will also] offer our clients something to which they are entitled: a reliable, affordable CO2-saving transport alternative.”

Eight terminals are now participating in the project, which launched in February, resulting in a total shipment volume of 6,500 teu a week. According to the group, this adds approximately 100,000 teu to the 250,000 teu currently shipped via this trade route.

NWCC said: “A partnership such as this results in a sustainable and reliable barge product and also contributes to the modal shift from transport by road to transport by vessel.”

Alongside fewer handling delays at terminals, schedule reliability has improved by more than 95%, it claimed.

Barge congestion has blighted European inland waterways for years and while the port of Antwerp announced an upgraded barge traffic system (BTS) last May, problems persist.

“This is not surprising, given that the crux of the problem is the lack of dedicated barge berths and capacity,” one source told The Loadstar. “Plans for consolidation centres for less than 30 moves [per barge call] had been announced, but there has been no update on progress since.”

As such, the efforts seen via the NWCC were welcomed by port authorities in Amsterdam and Rotterdam. Hinterland manager at the port of Amsterdam Rob Smit said both he and his opposite number in Rotterdam were “delighted” by the initiative.

“It’s a fantastic development that demonstrates the added value of cooperation,” said Mr Smit. “By bundling capacity, knowledge and cargo, they are making a real difference, resulting in an improved logistics product that also makes transport by water more attractive.”