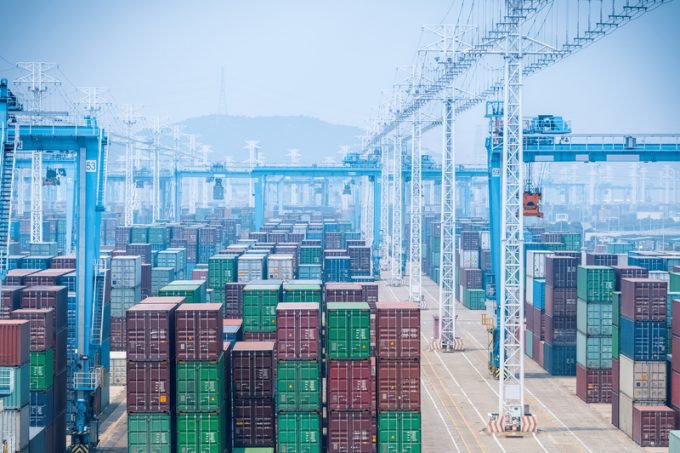 One of Ningbo’s container terminals has closed due to a positive Covid test, sparking fears of a Yantian-style nightmare for cargo owners.

According to Chinese media, a port worker at Ningbo Meidong Container Terminal tested positive this morning, prompting authorities to suspend all operations for “epidemic management”.

The terminal is part of Ningbo’s Meishan bonded area, which has a 7m teu annual capacity. Meishan is one of Ningbo’s newest and biggest terminals, used regularly by Ocean Alliance members Cosco, CMA CGM and Evergreen.

“More information is pending regarding the actions from carriers and ports to re-arrange cargo to other terminals in the Ningbo area, and which shipments and sailings may be affected. Most carriers use this terminal, but also call at others in Ningbo, such as Zhoushan.”

NGL noted a number of Asia-Europe vessels were due to call at Meishan soon, including CMA CGM’s FAL3 and FAL5/FAL6 and Cosco’s AEU3 and AEU1 services.

A spokeswoman for Maersk said the carrier was so far unaffected, since it called at terminals in the Beilun port area of Ningbo, rather than Meishan.

“However, since the Ningbo Meishan free trade port area was also closed, three Maersk warehouses in the area have ceased operations, as requested,” she added.

NGL MD Stefan Holmqvist said: “If the port closure is a long one, then knock-on effects will be felt, as the other terminals in Ningbo can’t fully absorb a longer closure of Meishan. This would be similar to what we saw in Shenzhen when Yantian was closed – other terminals did their utmost to compensate, but could not take up the full lost capacity.”

Indeed, the ports of Shanghai and Ningbo were already heavily congested, following the impact of typhoon In-Fa last month, potential delays caused by increased Covid testing for port workers and restrictions on vessel crew changes. There are reportedly some 140 containerships now waiting at anchorage outside the two ports.

Akhil Nair, VP global carrier management and ocean strategy at Seko Logistics, said the situation was the latest in a series of “logistical dominoes” toppling over.

He told The Loadstar: “If indeed the port of Ningbo, or one of the six terminals, is closed or impacted by reduced productivity, then there will be a longer-term impact similar to Yantian.

“Carriers will need to decide if they omit the port call to maintain whatever schedule reliability remains, or get into the inevitable queue and congestion.”