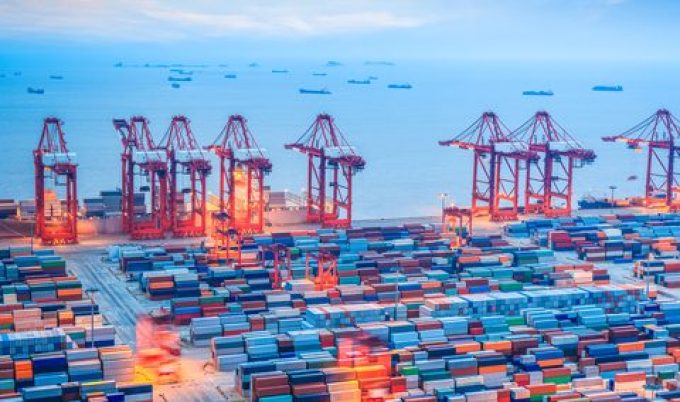 Crane Worldwide Logistics said Shanghai was operating as usual after yet another round of mass testing, noting only shippers with facilities in quarantined areas would be impacted.

The forwarder added: “The majority of cities outside of Shanghai are now accepting trucks and drivers, so long as a driver’s Covid test report is negative and a ‘green health code’ has been issued.

“The backlog of containerships created during the lockdown period is under control and is systematically being cleared, while some carriers have cancelled or delayed their sailings in the last week of June from Shanghai to the US.”

And shipping analyst Linerlytica noted the easing congestion was not limited to Shanghai, with Chinese port congestion down “across the board”.

It explained: “All three main port regions have registered declines in berthing delays, and vessel queues are falling. Improved weather conditions in eastern and northern China helped to reduce berthing delays, while the reopening of Shanghai has seen improved labour availability.”

According to Flexport, while normal shipping activity has resumed in Shanghai, the “strength and timing of [transpacific] volumes rebounding after two months of Covid-19 related lockdowns remains unclear”.

And on Shanghai’s Asia-Europe tradelanes, Flexport added: “Volumes are picking up again, but recovery has not translated into a big surge thus far. The third quarter is the traditional peak, so volumes are expected to be stronger.

“Uncertainties on a macro level, such as the Ukraine conflict, high inflation across Europe and low consumer confidence, are playing a role in demand levels.”

Inventory levels in the west may also be taming the market ‘bullwhip’ effect. Yesterday, for example, it was reported Samsung had asked multiple suppliers to delay or reduce shipments, including components and final products, due to “swelling” inventories and inflation concerns.

Shanghai International Airport said this week that, among the 34 Chinese and foreign all-cargo airlines operating at Pudong, around 80% were doing so at more than 50%, while nearly half of them were operating at more than 80% capacity.

Flexport added: “[North China] airfreight demand is beginning to recover and production is picking up, however there is a surplus of transpacific eastbound capacity, causing rates to drop, while Far East westbound rates remain stable.”