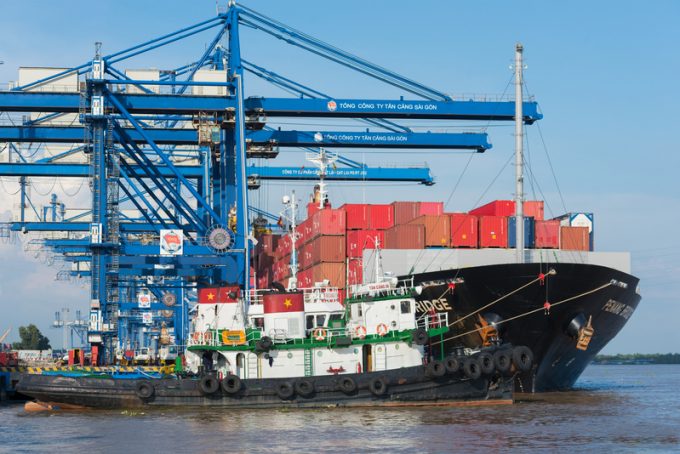 And in China, ports at Shanghai and Ningbo are reportedly also facing additional congestion from new Covid restrictions.

According to Saigon Newport (SNP), yard density at Cat Lai is currently around 85%, with 106,700 teu clogging the terminal, although 2,000 containers were cleared a few days ago.

SNP said it had experienced a “rapid surge in the volume of over-dwelled import containers” at Cat Lai, which had negatively impacted vessel handling, and has implemented measures to encourage shippers to pick up their cargo, including offering free transport to nearby depots.

Marc Guilhem, owner of Ho Chi Minh-based forwarder Cargoteam, said many factories had closed or reduced production to 50%-70% during the lockdown.

“So containers are piling up with nobody picking them up, and they don’t have room for new containers coming in,” he told The Loadstar. “So far we can still use Cat Lai, but they’re going to have to distribute more container blocks to the other smaller terminals.”

Vung Tau’s Cai Mep port is the deepwater alternative to Cat Lai, and Mr Guilhem said its terminals were “operating fine”, but added: “The problem is it’s much further away, so who then pays for the additional trucking or barge fees?”

Furthermore, he said, there were still equipment shortages, which have persisted since the pandemic began.

“And freight rates have gone up five times already, it’s getting really out of control,” said Mr Guilhem.

According to Maersk’s latest update, some factories are expected to reopen next week, meaning empty container availability could worsen.

“As factories start to reopen and manufacturing starts to ramp up…[the] expectation is that we will once again experience severe equipment shortages in the southern provinces in the weeks to come,” the carrier said, noting equipment supply in the north was also “extremely tight”.

Maersk added: “From a vessel schedule standpoint, sailings have largely continued as planned, albeit with some departure delays.”

However, with Maersk also noting the deteriorating Covid situation in China, it listed some 14 transpacific sailings as being delayed over the next 10 weeks.

According to Sea-Intelligence, congestion is worsening in both Shanghai and Ningbo, a possible early warning of the coming impact of new Covid restrictions.

Indeed, speculation is mounting over the possible impact of another nationwide lockdown in China. So far, the main impact is on vessel crew, who face additional testing and restrictions on change-overs.

One forwarder said it would cause “severe trauma” for logistics if Chinese ports close, or if vessels were delayed or not allowed to berth.