Market talk: turning the A380 into a cargo-only aircraft could be a huge mistake 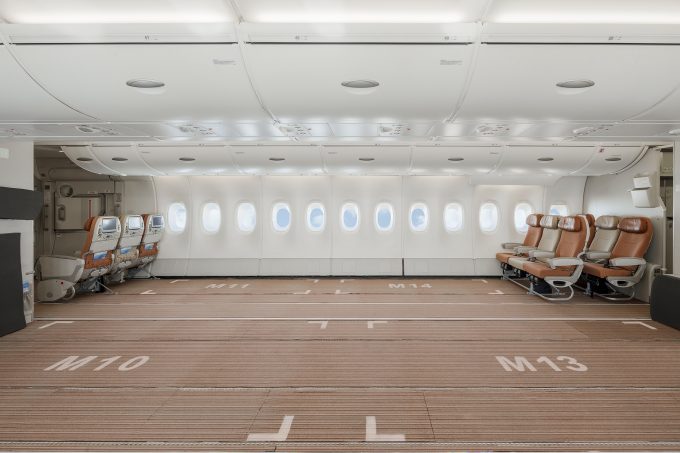 There was much noise in the press this week about HiFly adapting an A380 to become a cargo-only aircraft.

Videos of the conversion process were released and HiFly, a charter specialist, proudly said the A380 offered “the largest volume for cargo transport among all the passenger aircraft used for cargo”, making it “a unique product for the transport of cargo, when availability of freighters is not enough to cover the market needs”.

It is certainly unique. And the largest passenger aircraft. But it is also very hard to see what benefit could come from a cargo-only A380, it’s an aircraft currently very much out of favour.

With charter rates half what they were one month ago and fuel prices double, passenger-freighters are set to see their ‘moment in the sun’ set.

Margins are very tight and there are only a few excuses to use one: retaining a network in the face of low passenger numbers; retaining pilot flying requirements; avoiding the costs of grounding an aircraft – all of that combined with high freight rates.

But an A380 makes little sense, even if the above reasons are viable. Firstly, they are very expensive to operate – “stupid high” according to one aviation expert –like an AN-124, and with very limited airport options. There are also a lot of alternative aircraft available, such as 777s which have far better economics for cargo-only.

Also, the passenger cabin can’t be used for much other than things like PPE. Mail is not possible, as the contents are unknown and could contain lithium batteries, and there is no fire suppression system in cabins. And you can’t carry regular or heavy cargo in the cabin, as it has to be offloaded by hand through a small door – expensive and difficult. And the floor is not designed for heavy weights.

Essentially, you can’t fill the aircraft with enough high-yielding cargo to justify its enormous expense.

So what is HiFly’s reasoning? It did not respond to email requests from The Loadstar for comment.

HiFly has an all-Airbus fleet and leases the A380. One analyst said it was possible HiFly was working with Airbus to try to prove the unloved aircraft type had a secondary use – “desperate times call for desperate measures”, he said.

“But if HiFly did this on its own, without Airbus’s backing, it just blew a lot of money on a stupid decision.”

A slightly better plan is that of European Aviation, which is planning to make 10 A340s into ‘makeshift’ freighters for Malta’s Maleth-Aero. It has already completed three, which have been in service, running PPE from Asia to the UK. The rest are due to be completed by the end of the year.

It hopes long-term to convert them into freighters permanently, but they won’t have a large side-loading door and would have to install fire suppression equipment in the main cabin.

European Aviation claimed it had developed a process whereby loading and unloading could be done in “just four hours” – significantly longer than a freighter.

“A340s make more sense [than A380s] as they are easier to handle and cheaper on fuel – but scheduled airlines will continue to make the most of charters in this segment, and taking seats out is no big deal,” said one expert.

It’ll be interesting to watch how many of these new ‘freighters’ actually get work in the longer-term. We won’t be holding our breath, though.