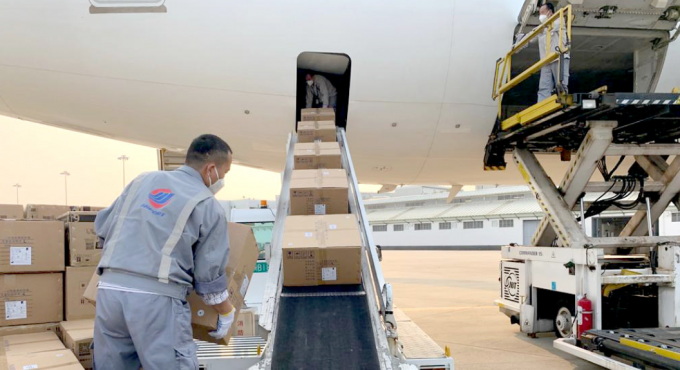 Current yields, and incoming rule changes, look set to mark the end of the passenger freighter – a blessing for many; a nightmare for handlers.

The dearth of capacity at the onset of Covid, and high demand for air cargo, saw aviation safety authorities tweak the rules to allow the carriage of cargo in passenger cabins – on seats, or with seats removed.

In many cases, the exemptions provided the sole income for belly-only airlines after passengers were locked-down.

Bit by bit, the ‘preighters’ have faded from the market. But there is still confusion over what may be allowed. And From the end of July, Europe’s safety agency, EASA, ends the exemptions.

While EASA only regulates operators registered in its member states, a spokesperson added: “That said, third-country operators are expected to no longer conduct cargo in cabin operations when operating into/out/within EASA states.”

And there is no likelihood of an extension, it said.

“The agency has concluded that the logistical challenges that arose in 2020 as a result of the Covid-19 crisis no longer exist to the same extent. As a result, the exemptions delivered in this context will not be extended beyond the current validity of 31 July.”

EASA added that it worked closely with other authorities, including those in Brazil, Canada and the US and “none of those authorities are supporting the issuance of Supplemental Type Certificates for such configurations anymore”.

However, it added, there were still opportunities to carry cargo in cabins.

The FAA, meanwhile, ended the exemptions for US carriers on 31 December 2021 and China was thought to have ended the exemptions, but one Shanghai-based forwarder said that from the start of this year, Chinese airlines could carry PPE in cabins, while non-Chinese carriers were able to load e-commerce.

“But no cabin loading, Including PPE is allowed from July, and that’s all airlines,” he explained.

In Hong Kong, however, there seems to be a continuing flexible approach. A spokesperson said: “The Civil Aviation Department (CAD) has been closely monitoring the situation and adopted a facilitating yet prudent approach … including loading in the passenger cabin during these challenging times.”

Noting that it requires special safety measures, the CAD spokesperson added: “Should operators in Hong Kong opt for removing passenger seats for carrying cargo, it will be considered a major modification to an aircraft, and it requires the issue of a Supplemental Type Certificate (STC) by the CAD.”

Non-local operators, it said, must submit relevant safety procedures to CAD and also get approval from their own civil aviation authority.

“The CAD will continue to take into consideration the relevant guidance and requirements for the carriage of cargo by passenger aircraft with a view to meeting industry demand, ensuring flight safety and the adequacy of cargo capacity provided by operators to and from Hong Kong.”

Other carriers have made permanent alterations to their aircraft in the face of high demand for freighters. Eastern Air Cargo is converting 777s into hybrid freighters, with no major changes such as larger doors, but it will still need STC approvals to operate.

There remains some confusion over rules in other countries, with some airfreight users still working with passenger freighters in Asia and Latin America.

But according to Adrien Thominet, executive chairman of ECS Group, there are very few remaining, “except a few cases in Asia”.

And with capacity back – in some regions – to pre-Covid levels, it is unlikely there will be much demand. Mr Thominet pointed out that load factors dropped 18 percentage points from March to May, while capacity in May 2022 was 84% higher than in May 2021.

And, he noted, the economics no longer worked as well, with the “current yield trend”.

“Some carriers would like to try to continue; but the main complexity is the economics of the operation, hence it depends on tradelanes.”

To hear more about logistics challenges in air cargo, listen to this clip of Erion Hormoviti, executive director air freight product at Ascent, in the latest The Loadstar Podcast.