News / Load factors in air cargo still flying, but a 'slight softening' may be in sight 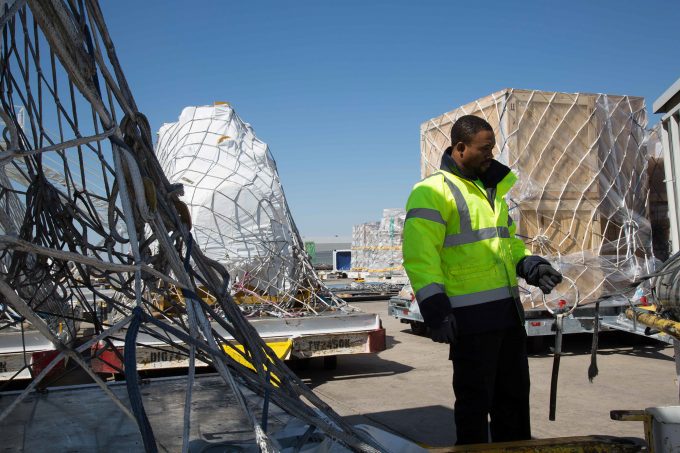 Global airlines have continued to report high load factors, with the last two weeks of January showing a new “peak”.

However, the market is now reporting, anecdotally, a slight softening.

However, a lack of retail logistics in Europe, where many shops are closed, is impacting the market, according to one forwarder, who said the air freight market now “really isn’t that busy for the time of year”.

“The lack of retail air freight, especially garments, is really impacting the market.”

Nevertheless, on a longer-term metric, Clive’s data shows a market in recovery. Global volumes were down just 4.5% on a year earlier, and maintained month-on-month rises, while global capacity was down 18% last month.

“January’s load factors might be considered odd, compared with previous years, but they are also not surprising when you look at the current dynamics in the industry,” said Niall van de Wouw, managing director of Clive.

“One airline recently said it had ‘November volumes in January’ – but it’s not free money. The market is very demanding and constantly changing.

“Airlines are having to ‘fly by sight’, as you simply cannot know what is around the next corner. When we read that some carriers are telling customers they cannot guarantee capacity commitments, this tells you how full flights are.

“On a lane level, for example, westbound and eastbound load factors across the Atlantic were higher in January than in November and December, at 88% and 76%, respectively. Capacity is tight and we sense no underlying currents which will swiftly change this.”

One airline told The Loadstar it had been full for the past 12 months, and will remain so for the next, with load factors – based on weight, volume and pallet positions – at 97%.

Rates showed a corresponding peak in the last week of January, after a “sizeable” fall at the start of the month. The TAC Index pointed to a 15% drop in rates from Hong Kong to Europe between 4 January and 18 January, before rising 12% at the end; Hong Kong- Dallas fort Worth fell 21%, and then rose 17%; Shanghai North America fell a chunky 29%, but recovered by 19%. The data indicates a bumpy market pre-Chinese new year.

“If we were not aware of the strong increase in the last week of January, we could possibly assume that, despite the upcoming Chinese New Year, there is a continuing negative trend,” explained Robert Frei, business development director at TAC Index.

“But market consensus has it that rate negotiations between shippers, forwarders and carriers are much more short-term again (weekly or even per shipment) and, as a result, the number of spot rates has increased drastically compared with previous years. In our numbers, we see big spreads.”

“Payloads back are reasonable, but the rates are very low still, so flights are being paid for on the inbound leg for the full turnaround. It’s a bit like ocean freight, and now the European overland model, with the majority of the cost for a full cycle of the trip paid by the inbound leg.”

He said rates into China were less that £1 per kg, all-in.

“When airlines are operating passenger freighters on long-haul lanes, that doesn’t pay with a 35,000 payload. Especially as fuel has been heading north over the last few months.”

He added that much of the capacity into the UK was catered for by passenger-freighters, with a high cost of operation.

“Europe has a lot more larger wide-bodied freighters, hubbing into AMS, LUX, Liege, Frankfurt, Paris and so on, and then the final leg is by truck, which is lower cost.”

He noted that UK importers were trying to avoid using mainland Europe to get around border congestion.

“That has actually increased the demand on UK-bound flights arriving by air, and not truck, from Europe.”