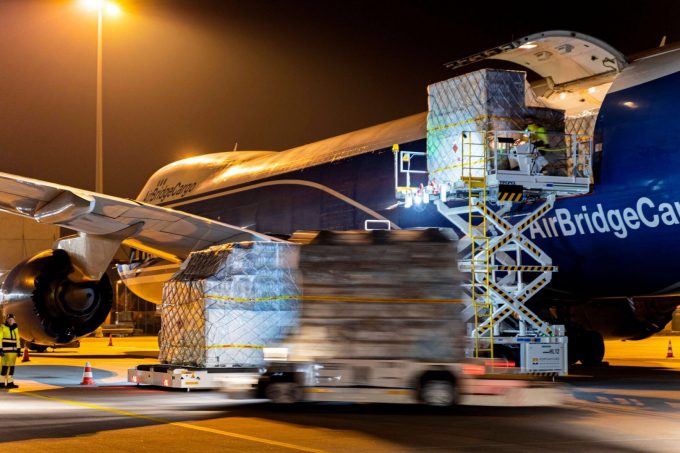 PRESS RELEASE Leipzig/Halle Airport has temporarily taken its northern runway out of service. The concrete surface will be intricately overhauled until September and the classic runway lighting will be placed by modern LED technology: this is an investment in the modernisation and operational performance of the infrastructure.

The northern runway has in operation at Leipzig/Halle Airport since March 2000. Since that time, about 400,000 planes have taken off or landed on the runway, which is 3,600 metres long. They include the Antonov AN 225 and Airbus A380 aircraft, the largest cargo and passenger planes in the world.

The airport will continue to operate while this work is taking place. Air traffic will be handled by the airport’s second runway, the southern runway. The latter, which runs parallel to the northern runway, went into service in July 2007.

Following 21 years of intensive use, the concrete surface on the northern runway has suffered substantial damage from the so-called alkali-silica reaction, as is commonplace on motorways. This is commonly referred to as “concrete cancer”. This damage poses a risk that porous concrete could break off and damage aircraft engines.

The lights on the taxiways and the runway will be dismounted at the beginning of the repair work. GPS-controlled milling machines will then remove the damaged concrete layer. After this, the fresh concrete will be laid on both the runway and the taxiways. The new LED lights will be installed during the final stage. This will involve more than 2,200 different navigational lights, connected by 350 kilometres of cables.

The approx. 300,000 tonnes of concrete required to repair the runway and the taxiways will be produced at two mixing facilities within the building site area.

The complete work will take place according to a strict timetable and is due to be completed on 30 September. The airport is investing about EUR 90 million in the refurbishment work.

You can obtain more information about the refurbishing work at:  https://www.mdf-ag.com/SLBNord/

The construction vehicles will be directly routed from the Schkeuditz/Airport junction on the A 14 motorway to the building site via Towerstrasse. They will not drive through villages next to the airport.

Runway lights including the taxiways

Cargologic Germany takes off at last, as Leipzig Halle bucks the trend

Cargologic Germany, which had a very slow start following delays to gaining its AOC, has ...

Leipzig Halle Airport is keeping the success of US regional gateway Chicago Rockford front and ...

The German air freight community has called for greater digitisation and innovation in a bid ...