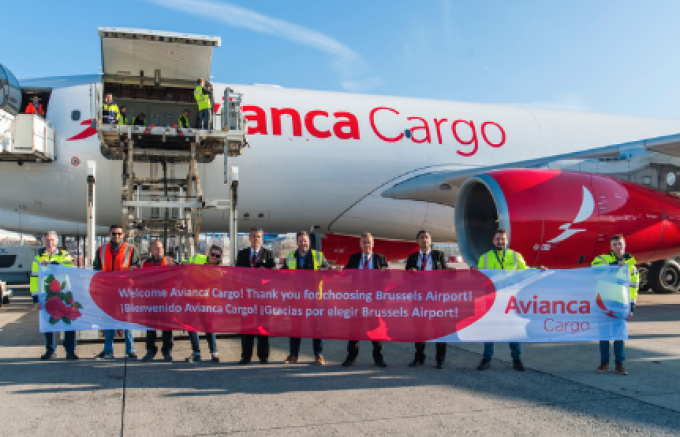 A resurgent Latin American airfreight market is driving an increase in freighter activities in the region.

Last week, Colombia-based Avianca announced it would be adding between two and four converted A330 freighters to its fleet over the next two years, beginning towards the end of this year.

If the carrier opts for four conversions, its maindeck capacity would rise by 70%. Currently it operates four A330-200 production freighters and one B767-300F.

The additional freighters aim to boost Avianca’s lift out of Colombia and Ecuador, the region’s biggest flower producers, and for imports from the US into Latin America – part of a strategy to strengthen direct connections between North and South America.

Two days after Avianca’s announcement, rival LATAM took delivery of a converted B767-300 freighter, the third of an order for ten conversions of this type. Another will follow in September, with the remaining six arriving next year. By the end of this year, management expects to have 16 B767 freighters in operation.

The latest addition to the fleet is earmarked primarily to strengthen LATAM’s network from the region to North America and Europe. The next will give the carrier the chance to work on growth initiatives next year, which will include several new routes between South and North America, says the carrier.

Signals of increasing freighter activity in the region were first seen in February, when newly rebranded mas (formerly Mas Air Cargo Airlines) addeded an A330-200P2F to its fleet and CEO Luis Sierra outlined ambitious growth plans. These envisage a fleet of 18 aircraft by 2024 to serve markets in the Americas, Europe and Asia.

These expansions will be fuelled, the carrier hopes, by the long-awaited recovery of aviation in Latin America, which has gathered momentum in recent months. In March, regional carriers grew their cargo traffic 22.1% year on year, while their capacity increased 34.9%, thanks largely to the recovery of passenger flights. Latin America was the only region to accelerate its growth in March.

“The Latin American market is on a rebound,” confirmed Emir Pineda, manager of aviation trade and logistics at the Miami-Dade Aviation Department.

LATAM reported a record haul of 16,400 tonnes of flowers moved for this year’s Mother’s Day, but Latin American e-commerce has been one of the main drivers, noted Mr Pineda, adding that this has been growing at a faster clip than in North America, albeit from a smaller base.

One reflection of this development was the announcement in March by Qatar Airways of a weekly flight between Hong Kong and Sao Paulo, with a B777-200 freighter, on behalf of Cainiao, the logistics arm of Alibaba.

And this was not the only recent addition to international freighter services to Brazil. Last month LATAM Cargo started weekly cargo flights between Mexico City and Sao Paulo.

Brazil’s international trade is going strong. In March, exports rose almost 20%, while imports grew 22%. The government recently raised its forecasts for this year, predicting a 24.2% rise in exports and an increase of 8.1% in imports.

The lion’s share of this traffic – especially on the export side – is moving on ocean carriers, but capacity is limited there, as container lines had shifted vessels from north-south tradelanes to the more lucrative east-west routes.