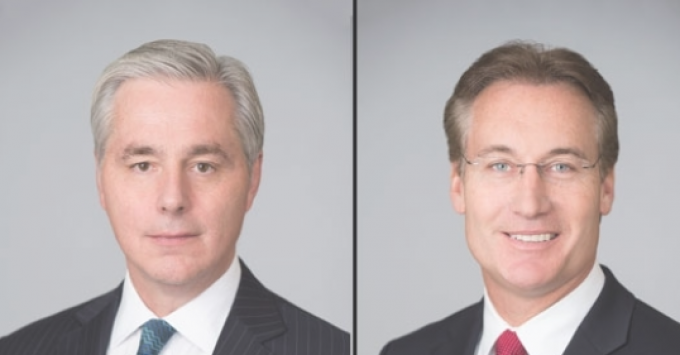 This year will mark Bill Flynn’s last at the helm of Atlas Air, with the carrier announcing late yesterday that its president and chief executive would be retiring at the start of 2020.

Mr Flynn has spent 13 years leading the airline, during its significant growth in the e-commerce and express sector.

“It’s been a great privilege to lead the company through this period of tremendous growth, and strengthen our position as a leader in global aviation outsourcing,” said Mr Flynn.

“I am proud of our dedicated and experienced employees, and the business we have built as a team.”

Chief operating officer John Dietrich been appointed president with immediate effect, and will take over as chief executive on 1 January.

According to one veteran observer, he is “a great guy”, and good choice to take over the airline.

Mr Dietrich brings more than 30 years’ experience in the air cargo sector, with more than 20 years at Atlas, having joined from United Airlines in 1999 as associate general counsel.

He was appointed to his current role in 2006, and Mr Flynn described him as holding “unparalleled” commitment to the company.

“For over two decades, John has had an unparalleled commitment to this company and our employees and has also played a key role in driving our success,” he added.

“He has the visionary leadership and solid expertise needed to usher in a new era of growth.”

Mr Agnew welcomed the decision to give Mr Dietrich the top job, and thanked Mr Flynn for his years of service.

“We’ve grown our fleet, diversified our services, broadened our customer base, and developed a world-class team of talented, customer-focused employees.

“Bill is well-prepared to have a significant impact as chairman of the board.”

According to salary.com, Mr Flynn made $6,025,444 in total compensation, according to proxy statements filed for the 2017 financial year, of which more than $1m was through his salary, with a  $1.8m bonus and nearly $3m in stock.

Mr Dietrich will have a tough entry to the lead role. Atlas’s last few years have been plagued by rising disaffection among its flying crew and worsening staff walkouts, with protests over pay.

The situation appears to have deteriorated further still in recent months after the carrier denied it was forcing its staff into “dangerous” working conditions.

In a post titled Facts vs Myths, the airline said it operated an “uncompromised commitment to safety” and said APA claims were merely a negotiating tool.

With Mr Flynn departing – unless a CBA is struck in the second half of 2019 – his successor will need to tackle an issue that has brought queries from Atlas’s largest customer Amazon.