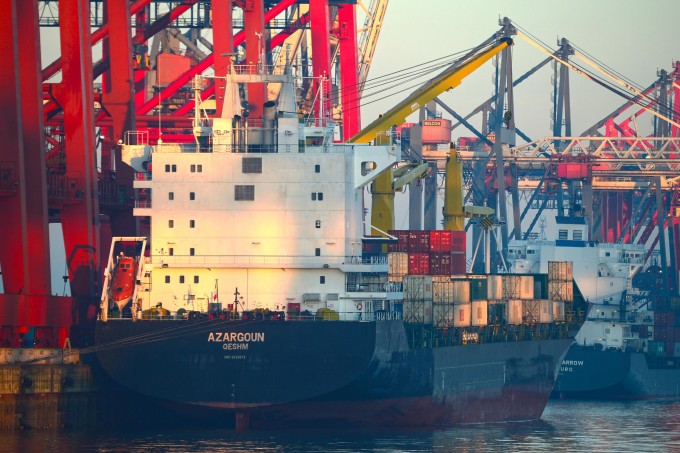 The first vessel of Islamic Republic of Iran Shipping Lines (IRISL) called at Hamburg this morning, signalling the resumption of its container liner service to Northern Europe as trade between the two regions begins to blossom.

In a separate development, UK-based Eurogate Logistics yesterday announced it had begun freight services in Iran to cater for trade with the UK.

The arrival of the 2,500 teu Azargoun in Hamburg (pictured above) marked the reopening of IRISL’s scheduled European Container Line (ECL) service – which was suspended in mid-2010 after the imposition of US and EU sanctions on the line.

The service operates between between the Iranian gateway of Bandar Abbas and the North European ports of Hamburg and Antwerp, with calls in the Mediterranean at Genoa, Istanbul, and Port Said.

The 2003-built vessel, owned by Iranian interests, is expected to be joined by more vessels of a similar size, and the line will be represented in Europe by a joint-venture company between German maritime group Peter W Lampke (PWL) and IRISL. It will have offices in Hamburg, Antwerp and Rotterdam.

IRISL has also relaunched a conventional breakbulk service between the two regions, partly because it needs multipurpose vessels to fulfil the capital equipment-intensive nature of its import requirements.

Port of Hamburg data shows that prior to sanctions, the main German exports to Iran were barley, potash fertilisers, feedstuffs and machinery; while fresh and tinned fruit, yarns, other textiles, rubber and vegetables came from Iran.

“Thanks to significant quantities of natural resources – mainly oil, gas and ores – as well as an oil processing industry much expanded in recent years, Iran possesses a powerful economy. With capital that has so far been frozen by sanctions, this will ensure a steep revival in efforts by Iranian firms to import,” the port said.

“Since the restricted opportunities for trading in recent years have generated immense pent-up demand for investment goods for the oil, automotive, chemical and energy sectors, German industrial companies especially anticipate an early revival in business activity,” it added.

Adam Nagy, managing director of Eurogate Logistics, said the establishment of its presence in the country was “designed to help UK businesses take advantage of wide-ranging trading opportunities in Iran”. 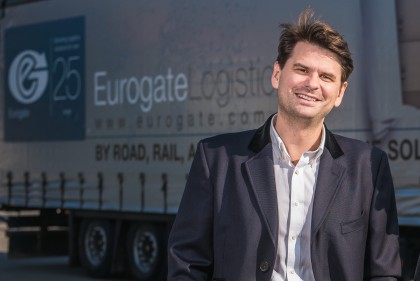 He said: “Much of the country’s infrastructure needs renewing, and industries such as automotive and aerospace have significant requirements. The lifting of sanctions is also good news for the retail sector with a strong consumer demand for western goods which is only likely to increase.”

Eurogate has established a local network in Iran, able to offer services including project and heavy lift shipping, warehousing and customs clearance for freight arriving by air, land or sea.

“The potential in Iran is as great as anything we’ve seen elsewhere. With its natural resources, it is a wealthy country and one that is keen to take advantage of foreign investment and expertise. Our role is to help UK businesses respond to the demand,” he added.

Distinguishing rice from wrong: lessons from a Hamburg cocaine bust

South American drug cartels using containers to ship their goods into consumer markets has been ...

UK shippers have been hit by a further series of container shipping ad hoc capacity ...