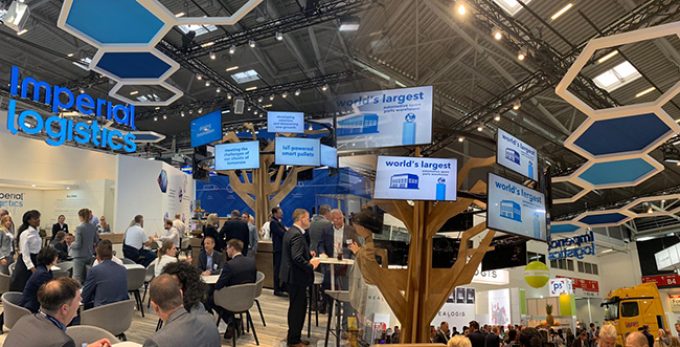 Imperial Logistics is the $3.5bn company you’ve never heard of – except, you have.

It owns Palletways, Europe’s largest pallet company, with more than 400 depots in 20 countries, and is Europe’s largest inland barge operator, with 700 ships, of which 128 are owned by the company.

It has 20 hazmat warehouses, operates a tanker fleet and has a large South Africa division.

And it has set its sights on buying a large air and sea forwarder to support its African flows.

Imperial is a different kind of logistics company. Nearly half its revenues come from freight management, while contract logistics accounts for 31%. But it’s the final 20% that is an oddity.

It buys inventory from its customers, then distributes and sells the products, explains the company’s international chief executive, Hakan Bicil.

“We buy from our pharma customer companies and sell their products in emerging markets. We go to Africa and actively sell. We have now moved into FMCG to buy and sell. So we don’t only offer support in the logistics chain, there a lot of value in it.

“We know what our customers want – it brings a huge value to them and solves a big problem for them. We do it in African regions but are planning to do that in emerging markets.”

Now the company, which derives some 40% of group turnover from its international division, is focusing on freight management. It has recently been poaching staff from 3PLs. Mr Bicil himself joined Imperial’s international business, headquartered in Duisberg, last year from Ceva, where he was chief commercial officer for global sales. He has been recruiting since then, taking on Ceva’s Sandro Knecht and Hugo Pluess as chief commercial officer and chief information officer, respectively, and other executives from Ceva, Kerry and Singapore Post, among others.

“It’s a very different company to Ceva. Ceva was fantastic, but it’s different when you are owned by private equity. Our margins are in the high five, six, sevens, a result of operational efficiency.”

Mr Bicil added: “We have a growth path in front of us. We want to be surrounded by people that can manage the old and new technology for warehousing and blockchain. 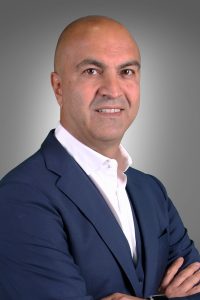 “I am very proud of my team, and we are a very attractive employer. People know we are growing, and if other [3PLs] are causing insanity in the market, it can only help us.”

While poaching executives is one element in its organic growth strategy, it has an inorganic strategy too.

“The idea is to grow in distribution and to expand air and ocean into Africa. We aim to be in the top 10 logistics service providers globally.”

Imperial is looking for one large acquisition, rather than several smaller ones, to support its growth, he explained.

“If you compare us with those companies with global networks, ours is irrelevant. We are far from having a network, but we want to support our business and distribute in emerging markets.”

The company has quite a lot of work to do in the meantime. It has been undergoing a restructuring and rationalisation. While it has focused on removing costs, it underperformed in South Africa and in its International division, according to an investor presentation from early June.

As the company, which is listed, noted: “Despite numerous turnaround initiatives, the consumer packaged goods business [in South Africa] continues to be loss-making (currently 20% of SA revenue; 5% of group revenue).

As a result it is also rationalising this business, but said it will not pull out. It has four strategic priorities, it said: “[We will] continue to grow in Africa, adding new capabilities, entering new industry verticals and serving more countries/regions;

“[We will] expand our distributor capability geographically and add other existing and new capabilities to that market over time which will create cross-selling and up-selling opportunities;

“[We will] invest in capabilities in select new emerging and developed markets – that support the growth of target industry verticals in Africa mainly healthcare, consumer, chemicals, industrial and automotive; and

“[We will] acquire, partner and/or build air and ocean (international) freight management capability as a basis for global coverage to support in and out of Africa trade flows in integrated logistics solutions.”

Regionally, with its focus on emerging markets, Mr Bicil said he was interested in Turkey and South America. It already owns one of the biggest barge shipping companies in Paraguay and “South America would be a key element”, he said.

“Our existing customers are pushing us to move into the US as well,” he added.

And then there is India, with its burgeoning pharmaceutical sector, ripe for Imperial’s activities.

“There is a huge trade corridor between India, the Middle East and Africa. The middle-class is growing, consumption is growing.

“We will be a very different company in two years,” he predicted.

It’s a bit unclear yet what the DP World + Imperial Logistics deal will lead ...