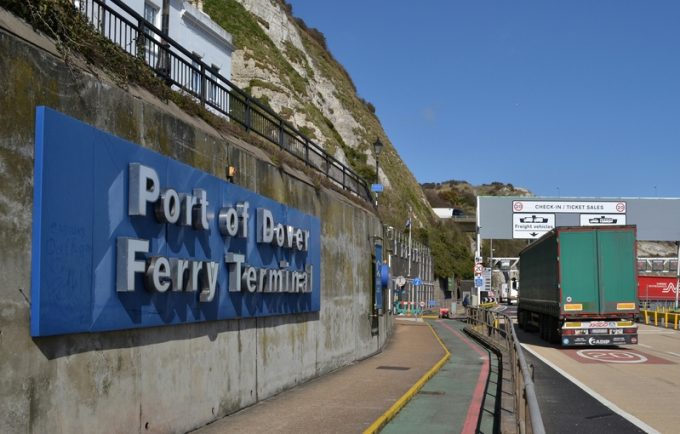 One of the UK’s leading customs software experts has claimed the delay in the UK’s new Customs Declaration System (CDS) is unlikely to cause a breakdown in the country’s supply chains.

“I have always thought the UK would have sufficient processing power to handle the number of declarations in a no-deal post-Brexit scenario. However, what we haven’t got is the physical infrastructure to handle the operation of the vehicles.

“Customs will allow the trucks to move inland to be cleared, but I am very doubtful that will succeed,” he added.

UK forwarders and supply chain executives have expressed growing doubts over the ability of CDS to handle an expected huge increase in customs declarations once the UK leaves the EU, and the current goods flows – mainly on ferries via the Straits of Dover or the Channel Tunnel – will have to be accompanied by customs declarations.

But Mr MacSwiney argues that HMRC’s existing CHIEF customs system would be adequate to handle the increased number of entries.

“I’m not worried about CHIEF’s capacity to handle the entries at all; it has gone from being able to process 17 entries per second to 80, so confidence is high that the system has the capacity. It is the physical infrastructure that will prove to be the problem.

“I have no doubt the deepsea container ports like Felixstowe and Southampton will be fine, as will airports such as Gatwick, Heathrow and Stansted – air and sea supply chains will find their own level – the cross-Channel links are where the problems will occur.

“The parcel and express companies are already beginning to indicate they will fly volumes into the UK rather than trucking them,” he said.

While UK authorities have proposed that shippers and forwarders should make customs declarations in advance to speed up processing through ports, Mr MacSwiney said the  reality on the ground would be very different.

“Basically, the government’s plans for Dover are a complete fantasy, and they simply haven’t considered the reality of how ro-ro ports operate.

“There will be some shippers that can do advanced declarations – the sort of big shippers such as supermarkets that run full truck loads over the channel; those can be done in advance, but there is far less chance that trucks involved in groupage operations would be able to do any advanced notification,” he said.

In the case that a truck needs to be inspected, current proposals would see it being diverted to temporary storage.

“This is where it could all come unstuck. Temporary storage is a nice concept, but the authorities haven’t worked with the freight community to see how it will work. If goods are going into temporary storage, that would have to be done at the border.”

He said the problems lay in the way that ro-ro vessels unload their cargo, with trucks rolling off in lines and queueing to be processed by the border agency.

“It doesn’t matter if there’s aload of trucks that have filled out their advanced notifications – all you need is a few that haven’t, in front of them, to bring the whole process to a halt,” he said.