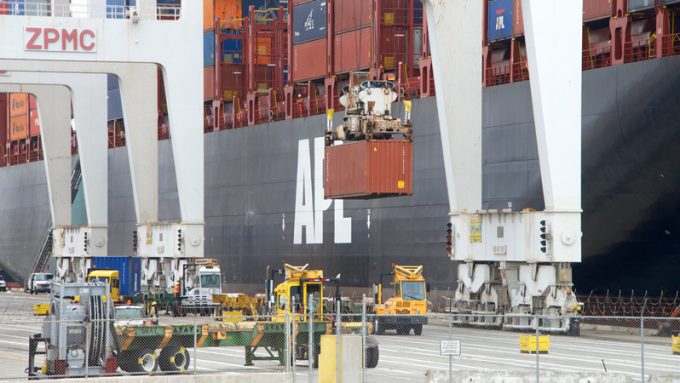 As demand for container shipping appears set to increase, the top priority for shippers is securing space on vessels and container equipment, according to a new survey of European Shippers’ Council members.

The survey, conducted in conjunction with Drewry Supply Chain Advisors, also found shippers were becoming increasing nervous about the financial position of their transport providers.

Philip Damas, head of the logistics practice at Drewry, said: “These are key factors of carrier and forwarder selection, particularly in today’s disrupted market, but also in the next year as, and when, ocean-borne volumes recover.”

Clearly, part of the concern is the dramatic cuts in capacity since the onset of the coronavirus pandemic, with hundreds of sailings across the main east-west and larger north-south trades blanked, often at short notice of four-to-six weeks.

Despite the drop in volumes, blanked sailings meant utilisation remained high on the vessels that did load – and, according to SeaIntelligence Consulting, this has meant freight rates on the major trades are well above last year’s levels.

“Carriers have been particularly good at maintaining freight rates and, net of fuel, spot rates are actually up 25-40% in some trades compared with 2019. Carriers achieved this through rapid and hard capacity cuts,” SeaIntelligence chief executive Alan Murphy said earlier this year.

“This is a market with volatile capacity, where liners remain price-setters and keep freight rates high despite very low fuel indices, while they can only plan in the short term themselves.

“Our view is that shippers will benefit from shorter-term contracts and either by diversifying their carriers’ selection pool or by concentrating more on financially healthier or government-supported carriers.”

There have been fledgling signs this week of a recovery in demand on its way, with small capacity additions set for the transpacific headhaul eastbound trade.

“Unexpectedly strong demand for cargo space on the route from Asia to the US west coast has prompted carriers to rethink capacity deployment plans,” Alphaliner wrote today. “These recent reconsiderations follow rationalisation moves that resulted in a record number of void transpacific sailings in May,” it added.

It said APL was set to increase vessel capacity on its transpacific EXX service next week, when the 5,100 teu CMA CGM Georgia will replace a 3,500 teu vessel – last month, the company phased-in sister vessel CMA CGM Florida on the same service.

Meanwhile, THE Alliance will “reinsert” two sailings on the transpacific next month with the departure of the PS4 service, linking South China, Taiwan and Los Angeles, now scheduled for week 24. The service is operated by six Yang Ming vessels of 6,500 teu, according to eeSea data.

The PS5 service, which runs between Shanghai, South Korea and Los Angeles, will operate a sailing on week 23, with the 8,100 teu One Competence newly assigned to the string.