News / Globalisation 'too big to fail', and Brexit and Trump haven't dented trade either 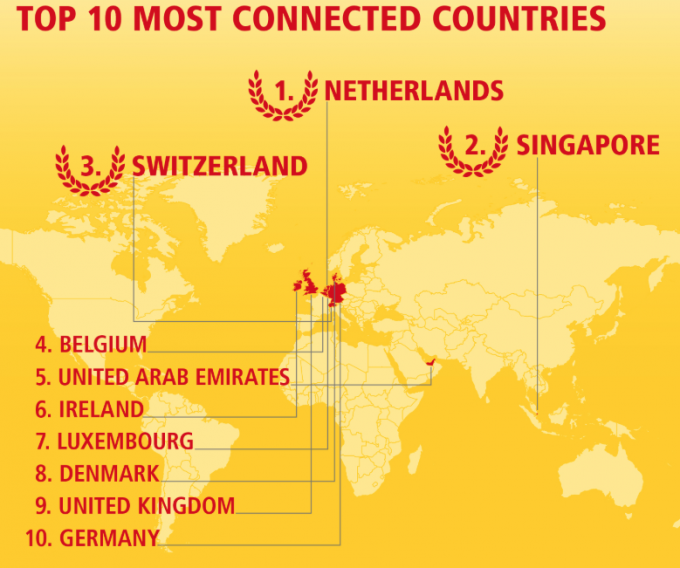 Protectionist backlash sweeping across the world will not dent globalisation in the long-term, according to DHL Express chief executive John Pearson.

He told journalists yesterday, at the launch of DHL’s Global Connectedness Index report, the “fundamentals” of trade were as “strong as they have ever been”.

“Globalisation is too big to fail,” he said, “and this wave of populism we have experienced over the past two to three years is a wave we need to ride over.

“Trade has been around for more than 2,000 years, is naturally resuscitating and remains strong even amid recent election and referendum results.”

Mr Pearson pointed to a recent agreement between the EU and Japan that he suggested was indicative of a world in which trade was growing.

The report’s author, Steven Altman of NYU’s Stern School of Business, said the twin impact of Brexit and the election of Donald Trump had been expected to dent international trade.

“Conversely, we actually saw growth in the depth of trade between 2016 and 2017, and this growth still appears to be outpacing growth in GDP,” he said. “And while trade growth is not back to where it was before the 2008 crash, it hasn’t dropped below the 2008 decline.”

However, Mr Altman noted that policies initiated in 2018 may come into play in 2019 and affect this growth momentum.

Mr Pearson added: “People in open countries get paid anywhere from three to nine times more than those in closed off countries. While China-US trade conflicts continue, China is becoming more automated, making itself more profitable on the US lane despite the implementation of tariffs.”

Love is all around, preliminarily