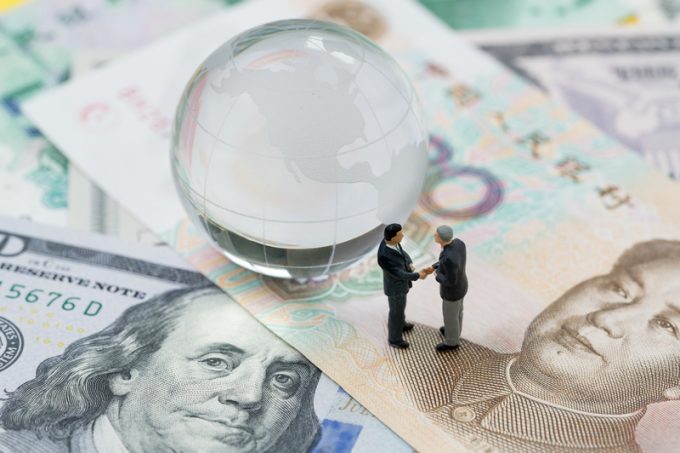 Despite the rise of trade conflicts and xenophobic populism around the planet, globalisation is not in retreat, according to Global Connectedness Index (GCI) published by DHL.

Findings from the integrator’s Resilience360 subsidiary paint a more worrying picture of international trade, however.

The GCI, an annual barometer of international flows of goods, capital, information and people that DHL presented on December 4, shows a slight overall dip for 2018.

But it was not trade that retreated, nor cross-border movement of people. The only segment that suffered a reverse was international capital flows. As for cross-border communication, this still expanded in 2018, but its momentum is slowing, approaching the growth curve of domestic communication.

The authors of the GCI stated that even before the outbreak of the trade conflict China’s reliance on US exports was diminishing in the wake of its economic re-balancing act, but its faster growth “meant that US imports from China had stabilised rather than shrinking relative to the size of the US economy”.

Overall, international flows were smoother than feared, according to the GCI.

“Ultimately, what we’re seeing today is the evolution of globalisation, not its decline. Decision-makers need to be careful to not overreact to strong rhetoric or headlines.”

Just as they could not see strong signals for a reverse of globalisation, the GCI authors challenged claims of a shift towards regionalisation.

“Our analysis does not confirm a robust regionalisation trend. Instead, we see that the average distance across which countries trade has held steady since 2012,” said Steven Altman, senior research scholar at the NYU Stern School of Business and lead author of the GCI.

“While fraying relations between major economies could lead to a fracturing along regional lines, such a shift has not yet conclusively taken place.”

The GCI also points to a marked discrepancy between perception and reality in regard to global connectedness. Mr Altman noted that in 2018, exports’ actual share of GDP worldwide stood at 21% for trade, 6% for capital flows, 7% for information flows and 3% for people movement, as opposed to estimates of, respectively, 41%, 38%, 36% and 30%. In other words, global connectedness is far less pronounced than generally assumed.

While trade managed to expand in 2018, it lost its momentum and went into reverse in the first half of 2019. The GCI shows that the share of global output traded across national borders fell.

For next year, its authors note that “current forecasts suggest that trade intensity is on track for only a modest decline through 2020”.

Companies involved in the China-US trade see a different picture. According to global trade intelligence firm Panjiva, US imports from China dropped 16.2% in October.

A paper commissioned by the UN Conference on Trade and Development concludes that imports of products from China on which the US has placed tariffs have shrunk more than 25%.

A survey of nearly 300 companies across a broad spectrum of industries published by supply chain risk management firm Resilience360, an offshoot of DHL, indicates significant repercussions of the US-China trade conflict. Some 66% of the participants reported that they had been impacted by the disruptions and operational challenges wrought by the stand-off.

“The survey confirms what many have suspected – the volatility of the US-China trade war has brought about considerable uncertainty for companies with global manufacturing networks,” commented CEO Tobias Larsson. “Successive tariff escalations, regulatory burdens, and other non-tariff barriers have raised serious questions about how companies can adapt their supply chains to prepare for commercial risks amid escalating trade tensions.”

That volatility is unlikely to disperse any time soon. In late October both Chinese and US negotiators signalled they were close to an agreement that could avert the next round of escalation scheduled for December 15 with new tariffs on more than $100bn worth of Chinese goods entering the US. However, Washington now appears to be in no hurry. President Trump remarked on December 3 that an agreement possibly could be on hold until after next year’s presidential elections.

Industry bodies have repeatedly stressed that uncertainty and volatility have a negative effect on international trade. The prospect of an ongoing, protracted period of doubt does not augur well for global connectedness in 2020.

Truck drivers have blocked the border of Colorado with parked vehicles – an apparent wildcat ...