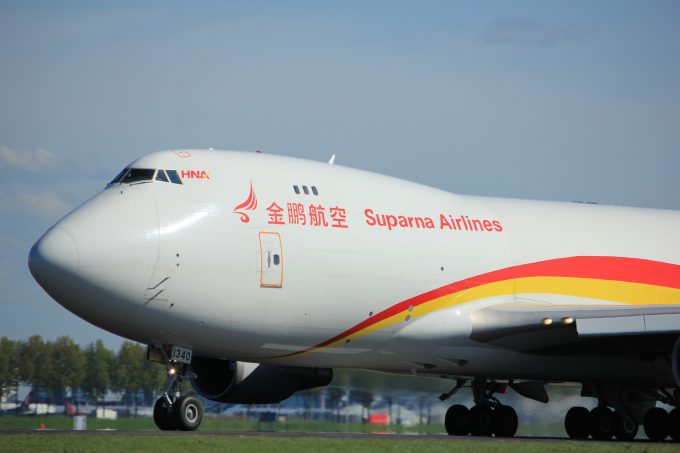 Financial problems at Chinese conglomerate HNA Group appear to be cascading through its logistics subsidiaries – and airline suppliers.

As it was reported that the group had put $11bn in property assets up for sale, subsidiary Swissport said it had extended its loan terms to its parent company.

HNA has repaid €83m of its €360m loan from Swissport, but the terms of repayment have now been extended for an unspecified period.

And Swissport is not the only logistics company that has had to wait for money from HNA, which is said to be in debt to the tune of some $95bn.

HNA airline Suparna, formerly Yangtze River Express, has been taken to court by Atlas Air over a $1.2m debt accrued from its failure to pay a wet lease contract.

In a case filed in July, Atlas claimed that Suparna, and its guarantor, HNA Modern Logistics, had failed to pay in full for a wet lease of a 747-400 freighter, in a deal signed in May 2017. The documents show that in February, HNA acknowledged that Atlas was owed $8.2m, but would receive $1.5m by the end of February, $2m by March 15 and $2.5m by March 31.

However, by April, some $3m was still outstanding.

Suparna wrote to Atlas, noting it “cherish[ed] the friendship with each partner and always seek for a long term cooperation. To guarantee this, we have made great effort to make sure our vendors receive payment on time”.

It added: “Unfortunately, we still need more time to settle account this time. Hope you could understand and kindly give us a grace period in consideration of our part partnership and future cooperation.”

The Chinese carrier also questioned a $485,000 fuel bill it had received from Atlas, saying it “still needed further confirmation of both sides”, and once confirmed, it would be paid after June 29.

Atlas responded that “if Suparna does not make all payments when due, we will be left with no choice but to promptly file the complaint”.

Suparna agreed a payment schedule for some $2.5m of the debt and by the end of May had paid about $1m, agreeing to pay the final $2m by the end of June. But it paid just $773,000, prompting Atlas to take it to court.

The case was closed at the end of September, when Atlas voluntarily dismissed it, suggesting the Chinese company had paid up.

The initial lease contract term ran to June, to cover routes between Chicago, Zhengzhou, Shanghai and Anchorage. In the past few days the aircraft has been shuttling between Miami and Bogota, but this month it has also been to Kabul, Frankfurt, Seoul and Dallas, as well as the Suparna Airlines destinations.

No other cases involving HNA Modern Logistics or Suparna have been filed in US courts. HNA Group did, however, ask employees to invest in it earlier this year.

The group reportedly plans to sell its investment in Deutsche Bank and is looking for a buyer for its container-leasing business, Seacon, as well as Swissport and CWT Logistics and high-value property in Hong Kong and New York. It has sold some $17bn-worth of assets this year so far.

One developer told a New York real estate publication that HNA was “one of the most reckless investors I’ve worked with”.

Against the odds: Splitting hairs with Atlas Air

Splitting hairs, occasionally, has its own upside.

Atlas Air sees profits soar on the back of free money, as it 'fails to read the room'

Under the requirements of the CARES Act, money received by Atlas Air – $406m to ...

HNA Group – an investor or affiliate of more than 18 airlines – has been ...