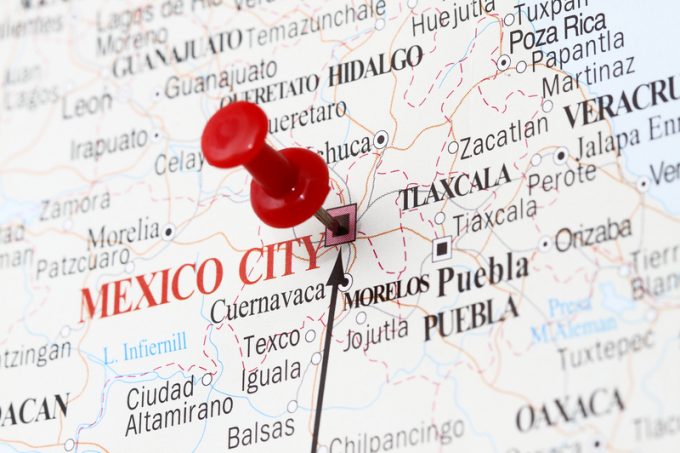 The fate of the new airport for Mexico City is in the hands of the populace, after president-elect Andrés Manuel López Obrador announced a vote would be held in October to determine whether or not to proceed with the project.

The incoming president, who won the elections in a landslide in July, is not due to take office until December, but that has not stopped him from moving on the controversial new airport.

Mr Obrador had voiced opposition to the plan during the election campaign, criticising it as too expensive. The project will cost about US$13bn, up from initial projections of $9.1bn.

Work has been going on since 2015, but Grupo Aeroportuario de Mexico City, responsible for building and operating the new airport, suspended the bidding process for four international tenders indefinitely, days after the presidential election. It said at the time, though, that the construction of the airport would continue.

The International Air Transport Association (IATA) is throwing its weight behind the project. Abandoning it would crimp Mexico City’s ability to absorb projected passenger growth and be a heavy toll on finances. The airline interest group tabled a study this year that projects a $20bn hit on Mexico’s GDP, long term, if the airport is not built.

And investment bank UBS released a report late last month that predicts an exodus of airlines from the capital if the new airport is not completed. Benito Juarez International Airport, the existing gateway, will be unable to accommodate any more flights after 2021, at which point airlines will be forced to fly to other airports, UBS predicts.

There is no dispute that the Mexican capital is in dire need of a new airport. Benito Juarez has been struggling for years. Designed to handle 32 million passengers, it saw 47 million pass through last year. The strain has shown for some time. Two years ago the civil aviation authority launched a study to establish if the airport was saturated. It had already declared Benito Juarez saturated in 2013, but the ruling was withdrawn later that year.

The situation is no better on the cargo side. Owing to slot constraints, freighter aircraft are only permitted to operate during the night. If a cargo plane has a mechanical problem, it is likely to be stranded until the next night.

Trucks are also facing constraints. No 53ft trucks are allowed at the airport between noon and 8 pm.

Air cargo infrastructure as well as customs operations at the airport are overburdened, resulting in chronic delays, forwarders have reported.

The strain keeps building as robust growth pushes Mexican air cargo volumes higher. In the first five months of this year, volumes were up 9.5%, according to statistics from the Airports Council International.

The new airport would bring much needed relief. It is designed to ultimately handle 120 million passengers a year and 1.2 million tonnes of cargo, although the latter capacity hinges on private investment in logistics services, which has yet to be announced.

The incoming president is not opposed to more airport capacity for the Mexican capital, but favours expanding an existing military airport north of the city.

Either way, for air cargo service providers and their clients, the slog through delays at Benito Juarez looks set to continue for some time.

Frenemies: air cargo should embrace its freight cousins, not passengers

The Loadstar has never been glowing about IATA: the behemoth lobby group that insists on ...

IATA has outlined proposals to restart aviation. It has five principles, on which airlines should ...

I wonder how many senior cargo executives at the world’s airlines realise that their industry ...

Governments must ease restrictions on airlines as the lack of cargo capacity continues to dog ...

March a month of two halves for air freight, with carriers forced to adapt

The air freight results for March are out – and the numbers will surprise few ...

Coronavirus, and its impact on the world, has sparked an outbreak of cohesion among international ...

E-commerce is continuing to soar, but prospects of new cargo facility development at airports have ...