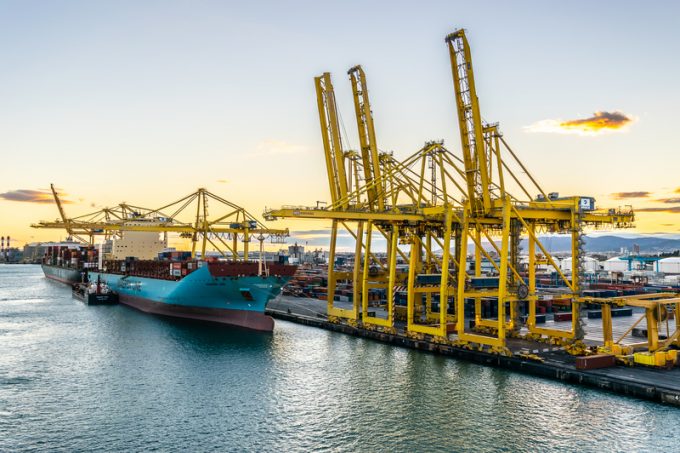 With IMO 2020 0.5% sulphur cap on marine fuel just over 100 days from becoming law a leading shipping analyst has warned shippers that it is vital that ocean carriers succeed in obtaining their interim BAF surcharges.

Container market expert and chief executive of SeaIntelligence Consulting Lars Jensen said that a failure to obtain compensation for the extra costs relating to the preparation for IMO 2020 could result in a “significant” increase in blanked sailings.

Container lines will begin to incur additional costs in the final quarter of the year as vessels that are not equipped with exhaust gas cleaning scrubbers transition from the current mainstay of 3.5% HFO (heavy fuel oil) to a compliant maximum 0.5% sulphur content LSFO (low sulphur fuel oil).

Indeed, carriers are preparing for a one-off hit of millions of dollars of costs associated with the decontamination of tanks, along with the extra expense of bunkering with LSFO, in order to be compliant with IMO 2020 from the 1 January start date.

“It is clear that the carriers will incur additional costs in the final stretch of 2019, due to the fuel switch,” said Mr Jensen.

“What is less clear is the degree to which they will be successful in passing this through to shippers,” said Mr Jensen.

Mr Sand cautioned that the weak outlook for liner shipping would be further aggravated by a failure of ocean carriers to recover the cost of IMO 2020 from shippers.

The analyst argued that the oversupply of container capacity would make it “difficult” for the lines to recover the additional fuel costs from IMO 2020.

However, with the liner industry estimated to have lost a cumulative $0.5bn in the first half of the year; freight rates coming under severe pressure; and booking forecasts on the major tradelanes worsening by the week carriers could be forced to act ruthlessly and take out even more capacity.

“As a consequence, they would likely feel compelled to reduce capacity in many tradelanes in order to ensure implementation, and in this case we could see the amount of blank sailings significantly beyond what we are already witnessing,” Mr Jensen continued.

Meanwhile, the latest projections The Loadstar has seen for the premium of LSFO against HFO are coming out in the $150 to $200 per tonne range, which could add around $2m to the roundtrip voyage cost of a non-scrubber fitted ULCV deployed on the Asia-North Europe route.

And with the bombing of a Saudi refinery at the weekend substantially spiking global oil prices the spread could grow even greater.